Southampton made the breakthrough in the 23rd minute when Jan Bednarek managed to guide a header past David De Gea at the near post thanks to James Ward-Prowse’s brilliant corner.

The Saints doubled their lead 10 minutes later when the Southampton captain placed a free-kick past De Gea to give the home side a two-goal cushion at St Mary’s.

Ole Gunnar Solskjaer replaced Anthony Martial with Edinson Cavani at half-time and the Uruguay international teed up Bruno Fernandes to halve the deficit.

The Portuguese playmaker repaid the favour in the 74th minute when his cross provided the assist for Cavani to equalise for the visitors on the south coast.

And Cavani netted a winner in the second minute of added time when the summer signing managed to steer a glancing header past McCarty at the near post.

Match Of The Day host Lineker took to Twitter to react to Cavani’s man-of-the-match performance in Manchester United’s 3-2 victory over Southampton at St Mary’s.

Lineker wrote on Twitter: “Fabulous comeback from @ManUtd and a perfect example of attacking space to score a goal from a prolific goalscorer. Well played Edinson Cavani.” 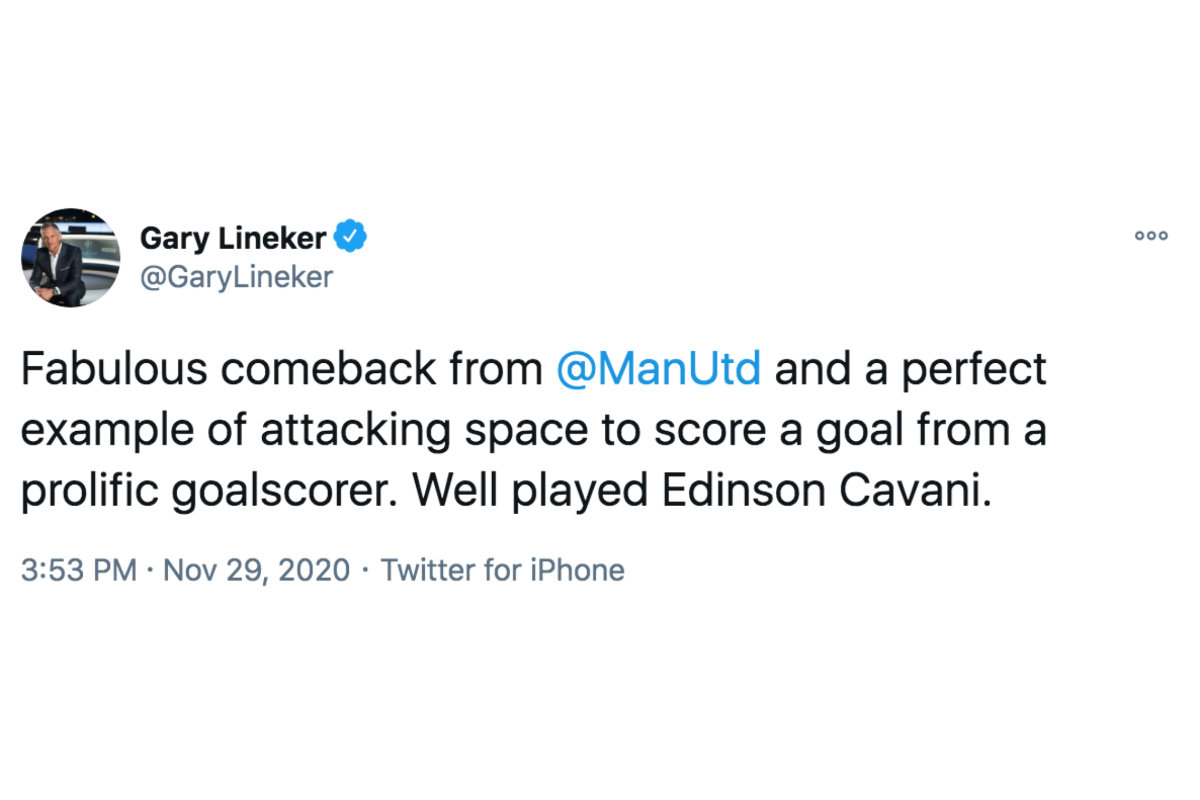 The Red Devils will travel to West Ham United at the London Stadium next weekend before Manchester United host Manchester City in the Manchester derby at Old Trafford on Saturday 12 December.