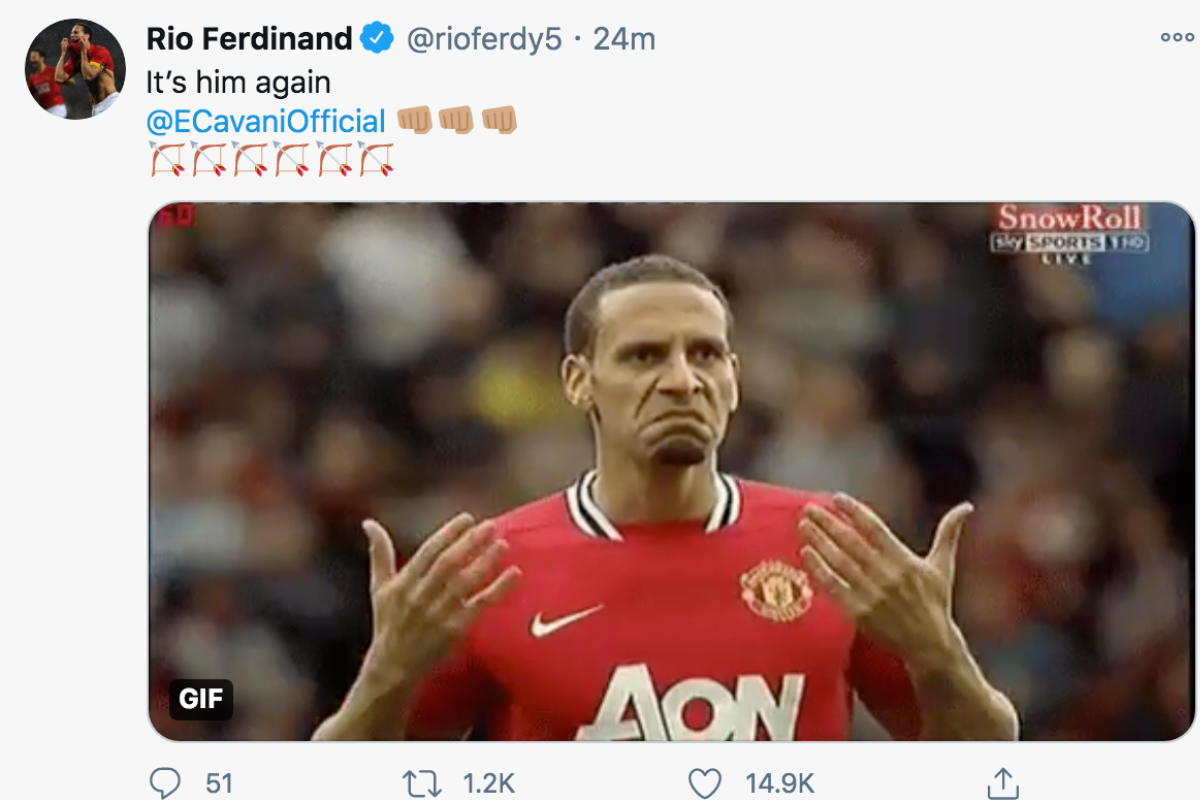 Rio Ferdinand was quick to claim some of the credit for his role in Edinson Cavani’s transfer to Manchester United after the striker inspired a 3-2 comeback win at St Mary’s on Sunday afternoon.

The Red Devils were looking to record a third successive Premier League win but Manchester United were 2-0 down at half-time despite playing the better football on the south coast.

James Ward-Prowse teed up Jan Bednarek from a corner before the Southampton captain netted a brilliant free-kick to put the home side in control of the Premier League clash.

Ole Gunnar Solskjaer turned to Cavani at half-time and the Uruguay international teed up Bruno Fernandes to halve the deficit in the second half at St Mary’s.

The Portuguese playmaker returned the favour when Fernandes picked out Cavani with a cross to allow the Uruguayan centre-forward to equalise with 16 minutes to go.

The 33-year-old sealed three points for Manchester United when he managed to duck and divert Marcus Rashford’s cross past Southampton goalkeeper Alex McCarthy.

Cavani moved to Manchester United in a free transfer in the summer transfer window after he was released by Paris Saint-Germain at the end of the 2019-20 season.

Ferdinand has previously revealed that he reached out to Cavani about a move to Manchester United in January.

The Red Devils legend took to Twitter to highlight his role in Manchester United’s swoop to sign the former Napoli striker. 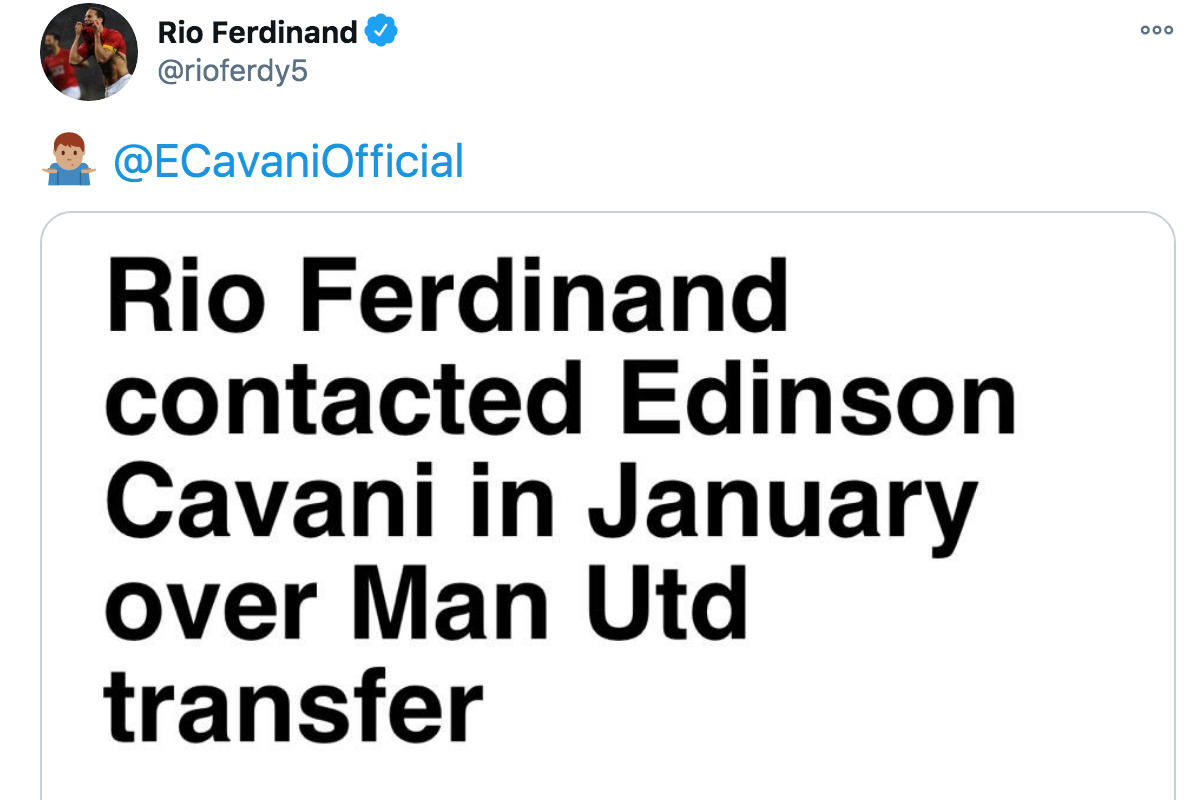 The Red Devils will make the trip to West Ham United in the Premier League next weekend before Manchester United host Manchester City in the derby on 12 December.