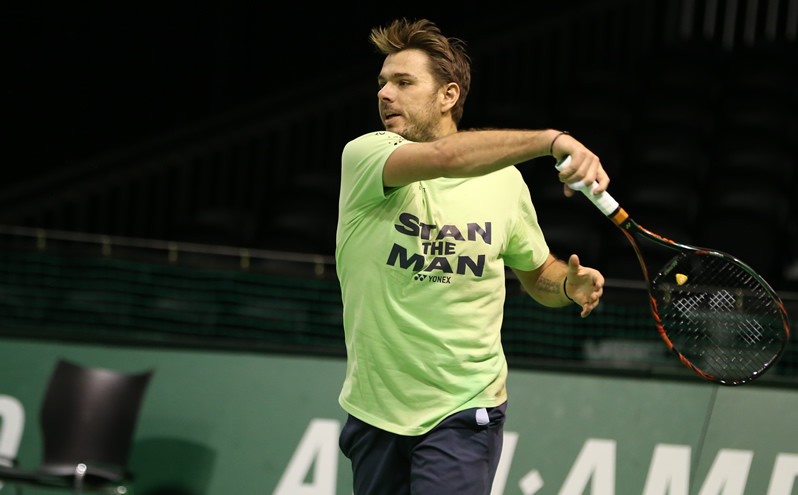 Stan Wawrinka has announced that he will be unable to compete at the clay court events in Bastad and Gstaad after the conclusion of the grass season.

The 33-year-old Swiss has played just 11 matches this season, and won only four of them, after halting his 2017 season at Wimbledon and undergoing double knee surgery.

Wawrinka says that he has been advised by his medical team that he still needs to avoid frequent surface changes.

“I was very much looking forward to giving my debut in Bastad as I’ve heard so many good things about this event.

“Also as everyone knows I always love playing in front of the Swiss fans. Gstaad means a lot to me and I hope that I can come back to this beautiful tournament in the future. It’s never nice to withdraw from events but I need to listen to my medical team and follow their advice.

“I’ve been working very hard since almost a year to be where I am now and I don’t want to take the risk of any step backwards.”

Wawrinka won the Geneva clay-court event in Switzerland in 2016 and 2017, but that tournament forms part of the long clay swing through Europe to the French Open. The tour offers up five more clay events in Europe after the month-long grass season that culminates at Wimbledon, but it is then a very short window before the tour switches to the North American hard courts for two big Masters events in Canada and Cincinnati before the US Open.

Wawrinka is currently getting ready for the grass court season and is scheduled to play the events at Queen’s and Wimbledon. He lost in the first round of both last year, so will hope to make some upward progress from his current ranking of 263. He was ranked No3 through the grass swing last year.