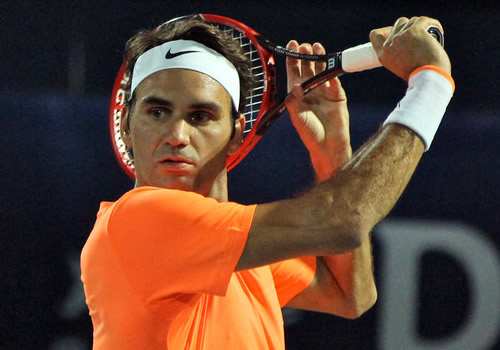 It has always been hard to ignore Roger Federer.

Count the records, admire the style, respect the professionalism, enjoy the approachability, but more than anything else, absorb the scale and passion of an army of fans that seems to grow with every match played, with every tournament won or lost.

These days the buzz that once accompanied every city where he set down his racket-bag has grown into something on an entirely different scale. The very anticipation of his arrival at an airport floods Twitter, and one has only to experience a Federer-promised practice court—try Toronto or New York—to get a taste of super-stardom.

His has always been a loyal following, not just from fans but also from the more hard-nosed media who trail the tennis globe. For Federer plays this gladiatorial sport with a blend of old-fashioned and oh-so-new skills. 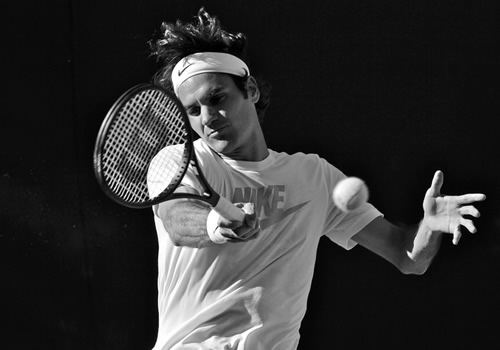 How appropriate that he should take on the elegant serve-and-volley exponent Stefan Edberg, his own idol as a youngster, in what the Swiss described as ‘an inspirational role’. Federer, you see, has the same one-handed backhand, the same graceful attack, the same proclivity for using his footwork, flow and touch at the net. Yet he has talked of evolving through an era when baseline became king as courts became slower, and he mastered every aspect of that game, too. Seventeen Grand Slams and over 1,000 match-wins don’t lie.

But his other gift is off court. He has long appreciated the importance of his role in publicising tennis, and has the language skills to communicate in an array of countries and situations. He is smart, confident, easy-going, and patient with the ever-growing demands made of his time.

It grows worse, perhaps, because that time is more obviously becoming a finite resource. Still playing at the highest level at 33 years of age has given Federer years to build a reputation as an ambassador, but that inevitably means he and we are on borrowed time. 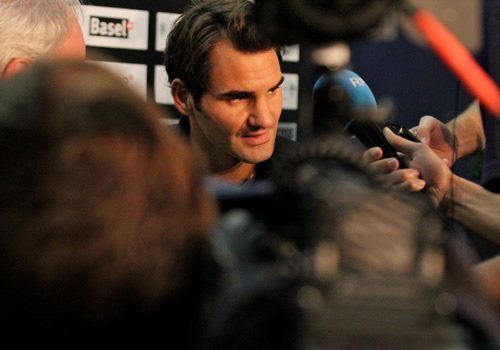 So to return to the beginning, yes the armies of fans grow apace, the press rooms are increasingly packed—even after an injury-truncated match such as yesterday’s quarter-final against Richard Gasquet—and of course the double-edged sword of social media keeps him in the public glare.

He came later than some to Twitter, and more recently to Instagram, but even there he has done so with aplomb and wit. He’s proved a dab hand with one of the essential tools of the trade, too: selfies.

Every post is lapped up, and autograph signings have become photo ops for the hundreds who gather around every entrance and exit, and he obliges with pose after pose.

For through all these years, one medium has remained a core component of the media machine. It is not just in the hands of fans that photos are an essential memento of a meeting. Courtside, the clattering reverberation of cameras is an integral part of every match, as every action and gesture is captured for posterity.

It looks and sounds intrusive, but Federer treats it as he does everything else around his sport: objectively, pragmatically, with an eye for the ‘bigger picture’. 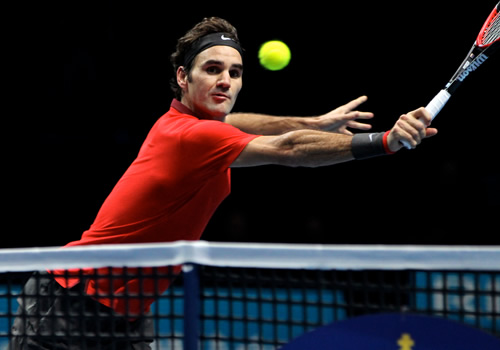 Asked about the intrusion, he says: “The clicking sound [many photography clicks]… like that? [Laughter]

“Yeah, I have heard it sometimes. It’s extreme, you know, when let’s say the shadow creeps across the court like in the Australian Open or French Open. Sometimes that can be the case, and the body is half in the shade and half in the sun, because I know the photographers like that light.

“Then you toss the ball and you hear about a 100 clicks. When it’s that extreme, so many together at the same time, I have been aware of it, or when they are at the French Open in the dugout behind you, you can also hear it very well sometimes.

“Disturb me? I don’t think so. But you ask them politely not to do it, you know there is no way they are going to stop taking pictures! Next thing you know, two points later you don’t even think about it any more and you actually don’t hear it any more.

“It’s like that guy with the plastic bag who rattles it and you hear it if you focus on that. But if you don’t focus on it, you don’t hear it.

“So it’s not really disturbed me over the years at all, actually. You can continue clicking away… [smiles as shutters clatter from back of press conference]”

‘It is a truth universally acknowledged’ that it is hard to take a bad photo of Federer in action, so the pits are always as packed as the press rooms.

For how much longer will those lenses delight in his backhand or his glide to the net? Who knows: but the results of his labours will be around long after he’s gone.