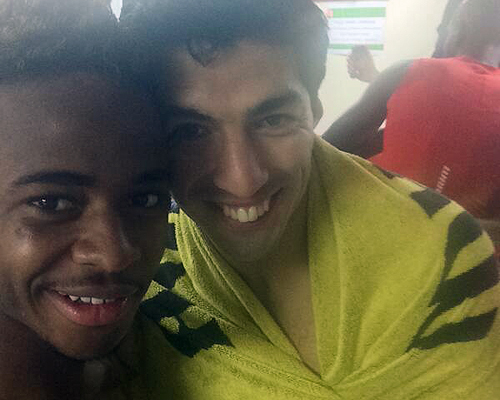 Liverpool missed out on a first Premier League title despite a 2-1 victory over Newcastle United on the final day of the season.

Daniel Agger and Daniel Sturridge cancelled out Martin Skrtel’s own goal at Anfield but Manchester City’s 2-0 win against West Ham United sealed their title success at The Etihad.

Here is the best of the Twitter reaction from the Liverpool fraternity following the conclusion of a dramatic Premier League season.

On-loan Reds forward Victor Moses (‏@VictorMoses) sends out what could be his last tweet as a Liverpool player: “The support the team has had this season has been incredible thank you to everyone.”

Reds goalkeeper Simon Mignolet (‏@SMignolet) thanks fans for all their support: “We end the season on a high! Next year @ChampionsLeague and #WeGoAgain in @premierleague thanks for your support throughout! #YNWA”

Injured left-back Jose Enrique (@Jesanchez3) can’t wait for Europe next season: “In the training ground today before the game. We going to play this competition next year. We will fight for it as well like for the premier league again.”

Finally, former Liverpool defender Rob Jones ‏(@RobjonesLFC2) isn’t enjoying being at The Etihad: “Just got a napkin in etihad lounge with champions on it … Think they are rubbing it in)”

Liverpool transfers: ‘Luis Suarez would find it hard to turn down Madrid’