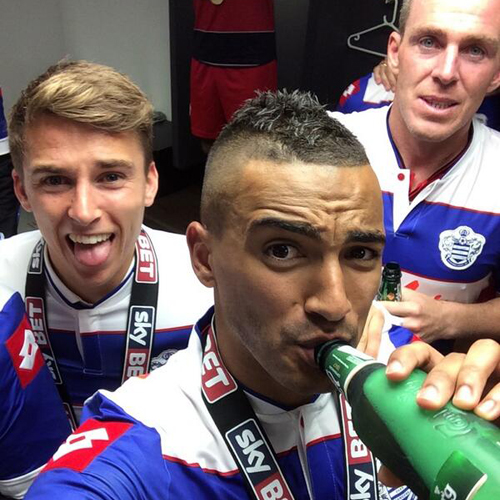 The former England international was a second-half substitute before Gary O’Neil’s 60th-minute sending off, and Zamora capitalised on a brace of Derby errors to seal a 1-0 win in the play-off final at Wembley.

Here is the best of the Twitter reaction from the professionals, past and present, in chronological order to QPR’s promotion.

Former Manchester United striker Michael Owen ‏(@themichaelowen) is well-placed to judge clinical finishes: “Bad mistake but what a phenomenal finish by Zamora. That goal is potentially worth a cool few hundred million!!!”

England legend Gary Lineker ‏(@GaryLineker) lauds a £120m strike: “There are big goals, and there are big money goals. But it’s the glory that really counts. Congratulations QPR.”

Ex-QPR goalkeeper David Seaman ‏(@thedavidseaman) is delighted to see the R’s back in the top flight: “So happy for my old club QPR, back in the Premiership!!! #betterlatethannever”

Hull midfielder David Meyler (‏@DavidMeyler7) heaps praise on his compatriot: “What a performance by Dunnie…”

Former Derby County midfielder Robbie Savage ‏(@RobbieSavage8) picks fault with the Rams’s defence: “Playing against 10 men all the possession as a defender you have to stay switched on all the time and in the 89th min they switched off.”

Finally, former Republic of Ireland defender Kevin Kilbane ‏(@kdkilbane77) praises Dunne: “No better man in the heart of defence when down to 10 men. #richardunne #qprvder”