Murray heads into 2022 with two top-10 wins in his sails, having beaten top-seed Sinner in Round 2 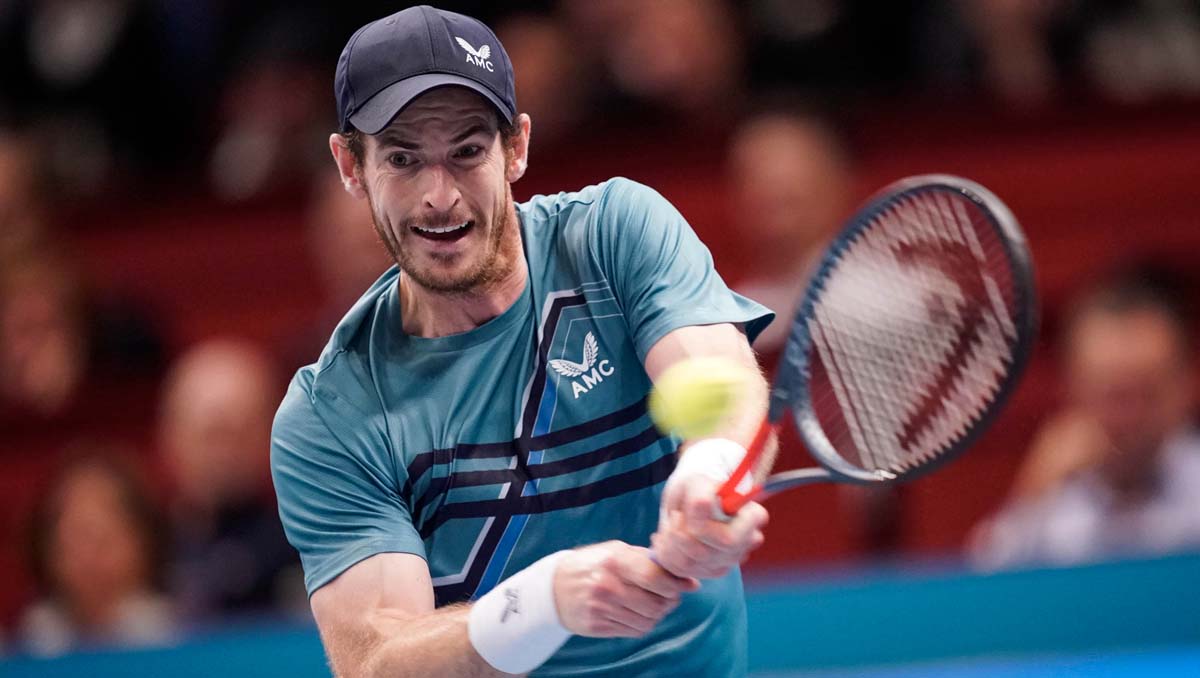 The last main-tour tournament of 2021, the Stockholm Open, may reasonably have felt disgruntled this year. After its cancellation last autumn, along with many other events due to the coronavirus pandemic, it this year lost its usual slot in the European indoor swing that ushers in the season finales of the ATP Finals and NextGen Finals.

With the Indian Wells Masters moved from March to October, the next two tournaments, Antwerp and Moscow, played their part in deciding which men would advance to the Finals in Turin. But it was not alongside their usual contemporary in Stockholm, which was postponed to the second week in November—at the same time as the NextGen tournament in Milan and the WTA Finals in Guadalajara.

And with all the qualifications determined before Stockholm got underway, there was the expected flurry of late withdrawals from the start list. Why, indeed, would big names such as Casper Ruud, Hubert Hurkacz, and Alexander Zverev squeeze in more time on the road and on the match-court with the ATP Finals due to start within hours of the Stockholm final?

Yet the Swedish tournament has a long and rich history dating back more than 50 years, and has crowned such illustrious names as Arthur Ashe, John McEnroe, Bjorn Borg, Stefan Edberg, Boris Becker and, more recently, Juan Martin del Potro and Roger Federer.

Yet even with the clock so against it, the tournament once again attracted a fine line-up headed by No9 Jannik Sinner, No11 Felix Auger-Aliassime, and No18 Denis Shapovalov, the defending champion.

Alongside this group of top-flight young stars was also the ever-popular Andy Murray, and all four men had done their best to fill out the Kunkliga Tennishallen.

For a start, Auger-Aliassime, the No2 seed, came through a tricky first match to beat Filip Krajinovic, followed by another straight-sets win over Botic van de Zandschulp to ensure the Canadian’s arrival in the top 10 for the end of 2021.

It so happened that he displaced top seed Sinner, who remains the first-reserve for Turin, and with it, the Canadian scored his 100th career match-win. Cake was consumed.

So what happened to Sinner to lose that No10 spot? Well Murray happened.

Rather like the Stockholm tournament, Murray might also have had cause to feel disgruntled. His return from major hip surgery was moving along well, but in what should have been his first full season back on court, 2020, he too was knocked off course by Covid as the tour went into lock-down.

Gearing up for a full assault on 2021, he was then hit by a positive Covid test, following by a persistent groin injury. And with his ranking still well outside the top 100, he needed wild cards, and then faced whatever the draw threw at him, including some of the highest seeds.

Of course, Murray got none of the first-round byes that the top seeds enjoyed. Yet a pugnacious Murray battled to the third round at Wimbledon, and then suffered an opening five-set loss to world No4 Stefanos Tsitsipas after four hours and 50 minutes at the US Open.

He found himself facing top-10 men time and again: Hurkacz, Ruud, Zverev. Then it was Diego Schwartzman in the second round of Antwerp, and after scoring his first top-10 win of 2021 against Hurkacz, he came unstuck against perhaps the hottest NextGen player in tennis, Carlos Alcaraz, in Vienna.

His last tournament of the year, his eighth in a row since the US Open, again promised the top seed in Round 2: Sinner with a first-round bye, but Murray forced to make a first-round win against Viktor Durasovic in straight sets.

And once again, Murray put in a typically gutsy fight, a two and a quarter hour win, 7-6(4), 6-3, that took him to only his second quarter-final of the year, the first being in Metz this autumn. Now, he had the chance to reach his first semi-final since his title run in Antwerp in 2019.

He played a dangerous American, the 53-ranked Tommy Paul, a man on the rise this season. A full decade younger than Murray, he had put out his compatriot and No5 seed Taylor Fritz to set this quarter-final meeting, and certainly looked fit, fast and confident against the man he termed ‘a legend’ ahead of the match.

Paul broke in the third game and held for 3-1, and Murray faced another five break points serving in the fifth game, a marathon effort that finally went to Paul after concerted and aggressive pressure on the Murray serve, 4-1.

The American was a double break to the good, and although Murray pulled one of the breaks back, Paul broke again, and served out the set, 6-2.

Murray continued to battle hard to try and contain the attacking tennis of Paul, and his defensive play in particular managed to keep things level. He sealed a hold for 3-2 with a signature Murray lob, and got a deserved roar of approval from the crowd.

Paul kept up his forward-moving tactics, but Murray gradually drew more errors with some penetrating angles, and the Briton at last got his reward with a break for 4-2.

He held for 5-2, and pulled off another crowd-pleaser of a winner, a high backhand touch volley, but Paul held on to make Murray serve out the set.

The Briton faced 0-30, but made four straight points to hold for the set, 6-3. But how much did he have left in his 34-year-old body against the man a decade his junior?

It proved a step too far, and Paul ran Murray ragged across the baseline, then chasing in to finish at the net. They stayed on level terms, though Paul was holding the more easily of the two men—and serving first. Murray wavered in the eighth game, distracted by some noise in the crowd, he double faulted, and Paul broke.

The American went on to serve it out, 6-3, as assured in the front of the court as he was at the start of the match, and he will now go on to play compatriot Frances Tiafoe, who beat another Briton, Dan Evans, 1-6, 6-1, 6-1.

As for Murray, his next scheduled competitive tennis will be at the Battle of the Brits in Aberdeen just before Christmas, where a line-up of top British players will compete England vs Scotland: Cam Norrie, Dan Evans, both Murray brothers, and top-flight doubles player, Joe Salisbury.