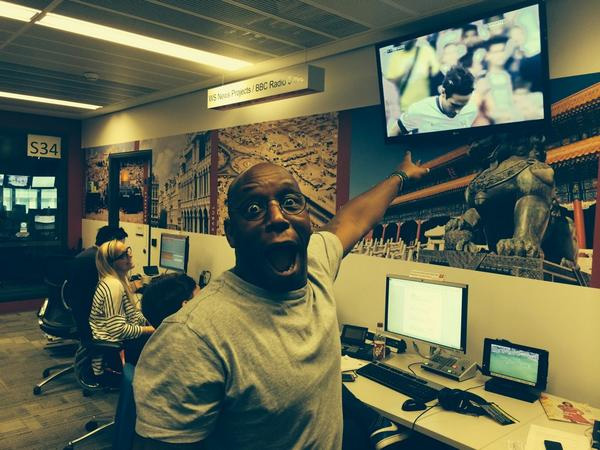 Frank Lampard scored his first Manchester City goal to rescue a point for the Citizens against his former side Chelsea at The Etihad.

The 36-year-old joined the Eastlands outfit on loan last month after calling time on a decorated 13-year career at Chelsea to join MLS side New York City.

And within 10 minutes of his introduction as a second-half substitute, Lampard poked an equaliser past Chelsea goalkeeper Thibaut Courtois to seal a 1-1 draw.

Here is a selection of the best Twitter reaction from the professionals, past and present, to Lampard’s first goal in sky blue.

Former Chelsea defender Mario Melchiot (@MarioMelchiot) cannot fathom the sight of Lampard scoring against Chelsea: “Nooooo I can’t believe this o my god!!! #Lampard just did what made him a Legend for #Chelsea #mmlove #CFCLive”

Ex-England batsman and Chelsea fan Kevin Pietersen (@KP24): “NOOOOOOO, Lamps! How can you do that to us?! @chelseafc”

Finally, England legend Gary Lineker (@GaryLineker): “This really is one of the craziest days of football I can ever remember. Lampard scores against Chelsea. Bonkers!”