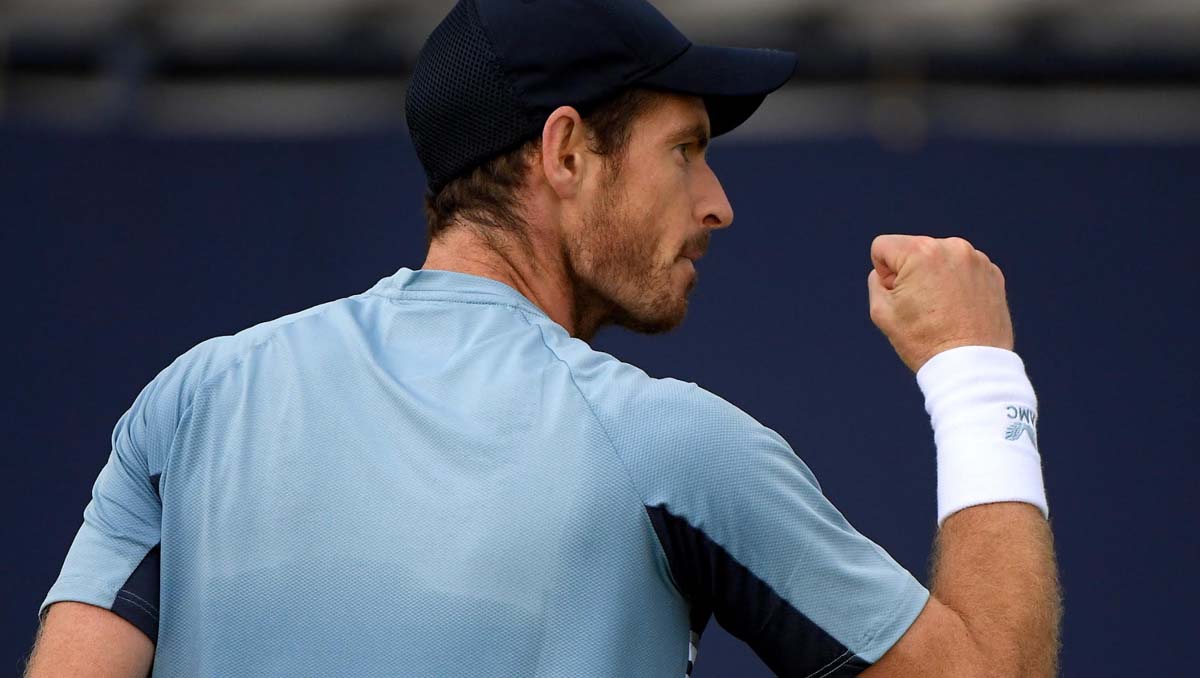 There is no getting away from it: Andy Murray has faced lean times since his ground-breaking 2016 season.

Back then, he won his second Wimbledon title, second singles Olympic gold, three Masters, and went unbeaten through the last five tournaments of the year—part of what went on to become a 27-match run into 2017—to win his first ATP Finals crown and rise to No1 for the first time.

But his Dubai title in March 2017 would be his only one of the season, after first an elbow injury, then persistent hip problems saw him draw a line after Wimbledon—and the rest became the stuff of history.

In the following two Januarys, Murray underwent two hip surgeries, the second to replace his old one with a metal-coated hip. And despite his work-ethic and determination, it proved a long, hard slog to get back to his renowned fitness and endurance.

Certainly after being pain-free for the first time in years, there were confidence boosts during 2019 with the doubles title at Queen’s and the indoor singles title later at Antwerp‚ ranked 243.

But 2020 threw him several curve balls: a pelvic injury at the start of the year, which morphed into the Covid pandemic that shut down the tour until August. He thus played just half a dozen matches, only to start 2021 with a positive Covid test that prevented his trip to the Australian Open swing.

Then a groin injury took him off the tour for almost three months, and despite taking up offers of wild cards, he struggled to get a run of form after so little concentrated competition. He managed just 15 wins to 14 losses, and so started 2022 still ranked down at 134.

At last the Briton got a run together to reach his first final in over two years in Sydney, bypassed most of the clay season, and finally got his feet back on his favourite grass at the Surbiton Challenger last week, making the semis.

Having clawed his way up to 68 in the ranks, he clearly determined to pack in as much tennis as possible into the green swing, and headed to Stuttgart this week in a draw that promised trouble as soon as Stefanos Tsitsipas took a wild card and was drawn to face Murray in the quarters.

But the Briton, now age 35, and facing the 23-year-old world No5, showed some of his old grass-court magic to beat the Greek, 7-6(4), 6-3, scoring his first top-five win since that glorious 2016 season. Indeed, it took Murray to his first tour-level grass semi-final since winning the 2016 Wimbledon title.

However, he next faced a well-known adversary in the shape of the unpredictable Nick Kyrgios, now ranked 78 after playing precious few events this year. He had ventured out of homeland Australia only to stack up three decent runs in the North American hard-court swing.

But Kyrgios also likes the grass: he reached the quarters at Wimbledon back in 2014 while still a teenager, beating then No1 Rafael Nadal on the way.

It so happened that the last of their six meetings had been on Queen’s grass, a three-set win for Kyrgios in 2018. But this time, Murray proved to be made of sterner, and fitter, stuff than his younger opponent.

There was little to choose between the two in the early stages, in what quickly grew into a lively atmosphere on a packed and sunny Stuttgart centre court.

Kyrgios broke out the under-arm serve on his way to a hold for 3-3, and then some outstanding sliced exchanges brought the Aussie the first break chances of the match after an entertaining half hour.

Murray saved both, but Kyrgios had the crowd cheering again for a tweener that produced a second deuce. It had been pure showmanship, a no-pressure shot, and Murray went on to hold with a second-serve ace.

As they neared the hour, the two headed into a tie-break, with Kyrgios muttering and chuntering about all and sundry—but largely, it seemed, the bounce of the court. He launched a ball over the stands at 0-2, and earned a code violation for his trouble.

But they changed ends all square, 3-3, but after a failed drop-shot from Kyrgios, Murray had the first chance to serve for the set, 6-5. He won a gripping long rally with a deep forehand slice, 7-6(5).

Kyrgios, frustrated by the skipping ball he had missed, hurled his racket to the court so hard that it broke, and he was penalised a point.

It went from bad to worse, as he continued to argue with the umpire, and he was then penalised a game for unsporting conduct, to go 2-0 down. He seemed to get his head together to hold his next serve, but once Murray broke again for 4-1, the Aussie seemed to throw in the towel with some careless play. fMurray went on to serve out set and match, 6-2.

It took Murray to a 10th grass-court final, the 70th final of his career, where he will meet world No10 Matteo Berrettini. The Italian missed the entire clay season with a hand injury, but looked impressive on his own favourite surface—he was runner-up at Wimbledon last year—in beating Oscar Otte, 7-6(7), 7-6(5). He last met Murray at Queen’s last year, where he beat the Briton on his way to the title.

That, then, will be a very tough test for Murray, in his first final since winning that Wimbledon title in 2016. But the Briton has looked in great shape and focus in what has been a tricky draw in Stuttgart. He has served well, found great depth from the baseline, sliced with confidence, and regularly pounded to the net to finish off points. No wonder he admitted to the supportive crowd: “I am proud of the effort I have put in.”

Can he win his ninth grass title, one of the best records in the Open era? It will be tough, as will be his early tests in Queen’s next week: Lorenzo Sonego in Round 1, and then Berrettini again—with Dan Evans, Stan Wawrinka, Frances Tiafoe and Denis Shapovalov in the same quarter.

But Murray is now up to 47 in rankings, with the chance of breaking the top 40 with the Stuttgart title for the first time in over four years.