Swiss Indoors Basel 2012: Three of the four Frenchman in the draw have reached the quarter-finals in Switzerland

France boasted four men in the Swiss Indoors draw, a tally equalled only by the home nation, and it will see three of them in the quarter-finals.

Already through before Day 4 got under was World Tour Finals contender, Richard Gasquet. By the end of the day session, though, another two Frenchman had also made their mark in front of a near-capacity crowd that, it should be said, gave them encouragement second only to that given to the Swiss.

First up was the delightful Benoit Paire who was taking on Polish qualifier Lukasz Kubot. One of the best young improvers on the tour, Paire came to the match at a career-high No46 and had already beaten the No5 seed Andreas Seppi in the first round. What’s more, Paire had beaten Kubot in their only previous meeting, this year at ‘s-Hertogenbosch. 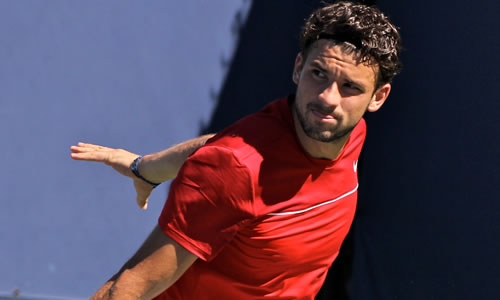 It was a hugely entertaining match, with the tall, extrovert 23-year-old Frenchman and his 30-year-old opponent both keen to play inside the baseline, attack the net, throw in drops, and whip cross-court winners. But the younger man, so quick in his reactions and with great hands able to disguise the direction of his ground strokes, shone. He got two breaks in the first set to Kubot’s one and made the only break in the second in the vital ninth game, to serve out the match, 6-4, 6-4.

Paire breaks the mould: an unusual upright stance when receiving serve, a single soft bounce when he delivers his serve, and a humorous involvement with his surroundings. Engaging is the word, and with the talent to rise very much higher.

Little wonder that Severin Luthi, Roger Federer’s friend and part-time coach, was scouting: The top seed will play Paire for the first time for a place in the semis.

Second up was old campaigner, Nikolay Davydenko, who showed some of the sparkle that once took him to world No3 and the 2009 World Tour Finals title three years ago, in beating Stan Wawrinka.

But he was now up against the French wild card Paul-Henri Mathieu, a former No12 who, like the Russian, has been knocked back by injury in recent years. Knee surgery kept him out of the tour from November 2010 to February this year, and he currently resides at No101.

But his lack of match-play has not shown in this tournament. He took on and beat the attacking young Swiss, Henri Laaksonen, in straight sets, but Davydenko was a different prospect. The silky, attacking tennis of the French player took the first set, 6-3, but Davydenko rose to the challenge with gusto in the second set tie-break, firing winners at will with accuracy and angle reminiscent of the man who beat Federer and Rafael Nadal back to back in Doha in 2010. The Russian raced to a 6-1 lead and finished the set off with a running cross-court forehand winner. 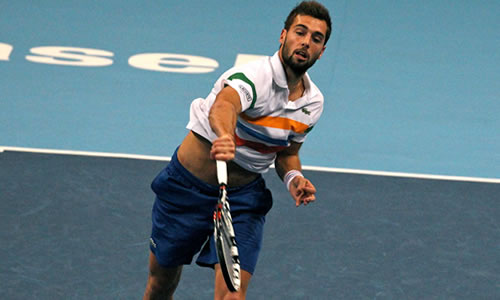 His failing, of late, is lack of consistency and that, married to Mathieu losing only five points on his own serve in the second set, bent the will of the Russian. Davydenko broke in the opening game of the set, but Mathieu broke straight back and then broke him again to love at the most opportune moment, 5-4 up.

There are few things more enjoyable than a precision baseliner confronting an all-court talent, particularly between two players in their 30s who have faced almost all there is to face. Mathieu, much to the Swiss crowd’s delight—he lives in Geneva—took the honours, 6-4 in the third.

He will next face Dimitrov, and if both unleash all their flair, it will be a cracker.

The third match also promised much, confronting the big, languorous body and firepower of No7 in the race to London, Juan Martin del Potro, with the lightweight, lithe and nimble American, Brian Baker.

Both have known the trauma of long-term injury, though Baker has come back from more than most. He was sidelined for nearly six years after five bouts of surgery before returning to the Challenger circuit in July 2011. From a base of 752, he has risen to a career-high 57 in little more than a year.

And Baker stayed with the Argentine for the first 10 games of the match, playing lively, attacking tennis the provided the perfect foil to his opponent, who finally struck to earn the only break chance of the set. Baker hit a volley long—a rare mistake at the net—and del Potro led 7-5. It took barely 20 minutes to finish the job as the American’s serve and nerve buckled, and the Argentine ran out a 6-1. 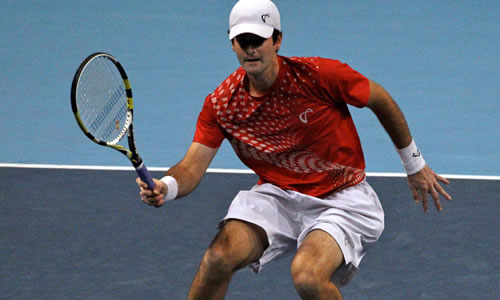 That set up a match against Kevin Anderson, who beat Australian Marinko Matosevic, the man he also beat in the Delay Beach final in only their first meeting earlier this year. It took the South African 2hrs 20 minutes and three sets: Not the ideal platform to take on del Potro.

The other quarter-finalist, decided on Court 2, was No6 seed Mikhail Youzhny, who recorded the 399th match win of his career in beating Matthew Ebden, 6-3, 6-1, in just an hour.

His win brings the prospect of two stunning single-handed backhands facing off for a semifinal place. The world No27 and owner of eight titles will meet Gasquet to try and win his 400th match, but the Frenchman knows that the World Tour Finals are just over the horizon…and a win here is essential.