Synthetic shuttlecocks could soon be a real alternative at the highest level of the sport, thanks to new testing methods 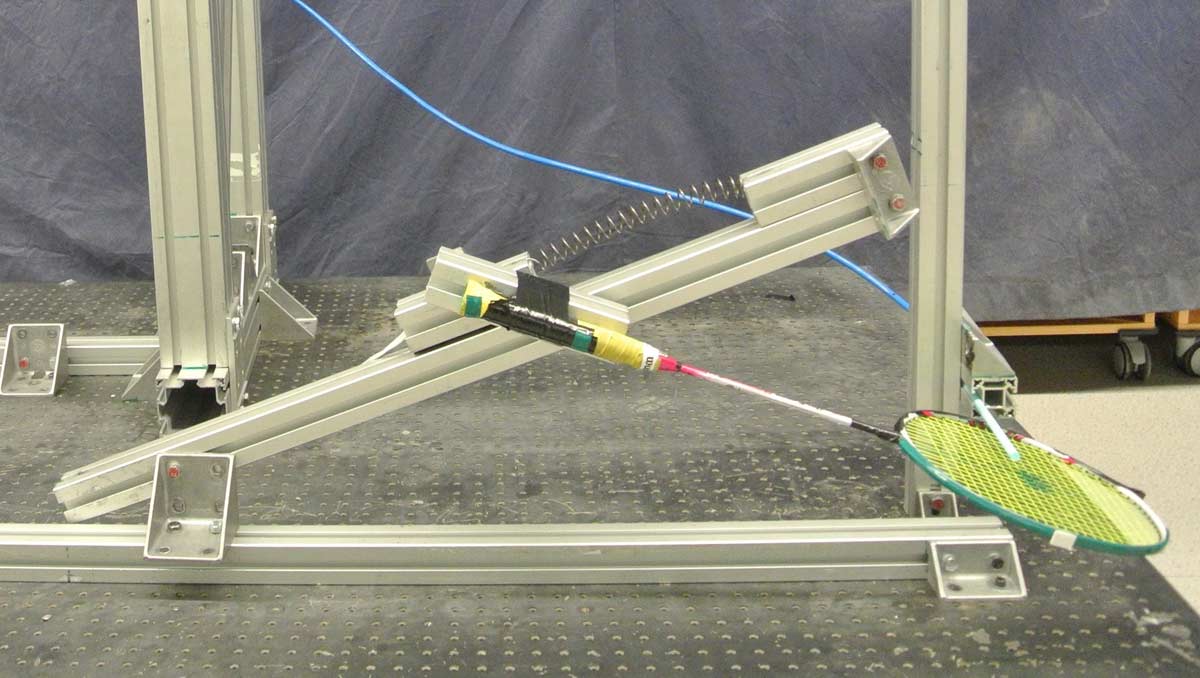 Synthetic shuttlecocks could soon be a real alternative at the highest level of badminton, thanks to testing methods developed at a Swedish university.

The innovative testing methods, developed at Chalmers University of Technology in Gothenburg, are currently being used to evaluate shuttlecocks for high-level tournaments such as the World Championships.

​Shuttlecocks used in major competitions such as the Olympics and the World Championships have long been made of real goose feathers.

Their aerodynamic properties have been considered superior to those shuttles made of synthetic material, especially in smash and net games. But that could soon change.

Using a specially built rig developed at Chalmers University, a professional badminton racket mounted on a carbon fibre arm delivers smashes up to 200 km/h, and the shuttlecock’s flight is filmed with a high-speed camera.

“With help from the films, we first check that the shuttlecock was smashed in a correct way and then we calculate the speed,” explains Valery Chernoray, research professor at the Department of Mechanics and Maritime Sciences at Chalmers.

“After each smash, we photograph the shuttlecock and measure how far it has flown to see if any damage has affected the performance.

“After 10 smashes, the shuttlecocks are packed and sent to RISE, Sweden’s research institute​, for material testing.” 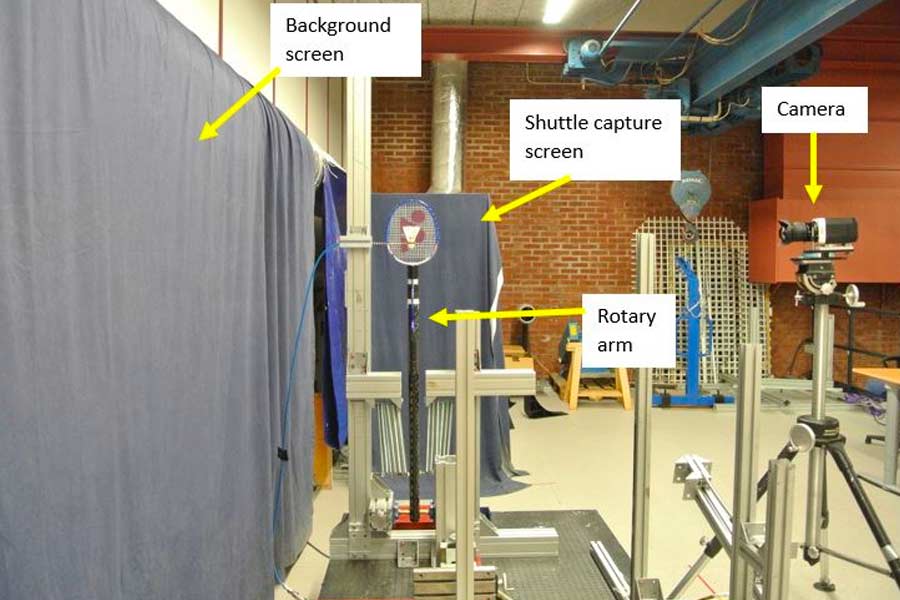 The researchers developed and expanded many different variants of test methods, summarising everything in a report now being used by the BWF to show that Chalmers’ methods work, are objective and based on science and research.

Shuttles made of goose feathers require a large amount of needlework, and are most commonly made in Asia, often under poor working conditions.

The feathers are harvested, cleaned and sorted according to length and angle, then fixed in a shuttlecock which is tested with many manual processes.

The shuttlecocks also require careful handling and must be stored in regulated humidity and temperature to maintain their performance.

The material in goose feathers is the same as that in our fingernails, and they can become brittle if the relative humidity is low, becoming too dry.

Another problem is that they have a relatively short life in games. Manufacturers are now looking for alternatives with shuttles made of synthetic material.

Current test methods for traditional feather shuttlecocks involve professional players smashing the shuttlecocks a certain number of times, as well as games played close to the net to assess performance.

These methods work for feather shuttlecocks, but when synthetic shuttle versions are tested, they can be too subjective. A more scientific approach is necessary.

The Badminton World Federation (BWF) started looking for solutions and talked to the company that tests shuttlecocks for them, Polyfor AB, run by former elite player Christer Forsgren.

He studied Chemical Engineering at Chalmers and has been active for seven years as an Adjunct Professor of Industrial Materials recycling at the Department of Chemistry and Chemical Engineering. Through his company, he has tested and approved shuttlecocks for BWF for 35 years. For Christer Forsgren, contact with Chalmers was his first choice.

“The research in fluid dynamics and investment in sports technology at Chalmers creates a great combination for developing test methods,” he explains.

All major manufacturers such as Yonex and Victor are now working intensively towards synthetic shuttles and the synthetic shuttles produced today are much better than a few years ago and are considered very good by both professional players and test teams.

“But they are still a bit too fragile and can only handle two to four powerful smashes from the strongest elite players. But they could already be approved for, for example, Junior Grand Prix tournaments,” says Chernoray.

And Forsgren is hopeful that the synthetic shuttlecocks will soon be in use at the highest level.

“It may be a few years yet, but I think we could see synthetic shuttlecocks in the Olympics in Los Angeles in 2028,” says Forsgren.​