Gary Neville has taken to social media to criticise Mino Raiola after the agent claimed that Paul Pogba’s time at Manchester United is over.

Raiola gave an interview with Italian newspaper Tuttosport on Monday claiming that Pogba is not happy at Old Trafford and urging Manchester United to sell the World Cup winner.

His comments came after Pogba scored Manchester United’s equalising goal with a fine strike in their 3-1 comeback win against West Ham United in the Premier League on Saturday.

Former Manchester United defender Neville was not at all impressed by the comments made by Raiola and he feels that it is terrible timing as the Red Devils prepare to take on their bitter rivals Manchester City at the weekend.

Posting on Twitter, Neville said: “Raiola – It’s happened many times before. However surely Paul knew he was making this announcement?

“If he wasn’t aware then we should see a quote from him very soon correcting his agent. Finally to do this ahead of Leipzig and the Man Derby is terrible timing for the Team.” 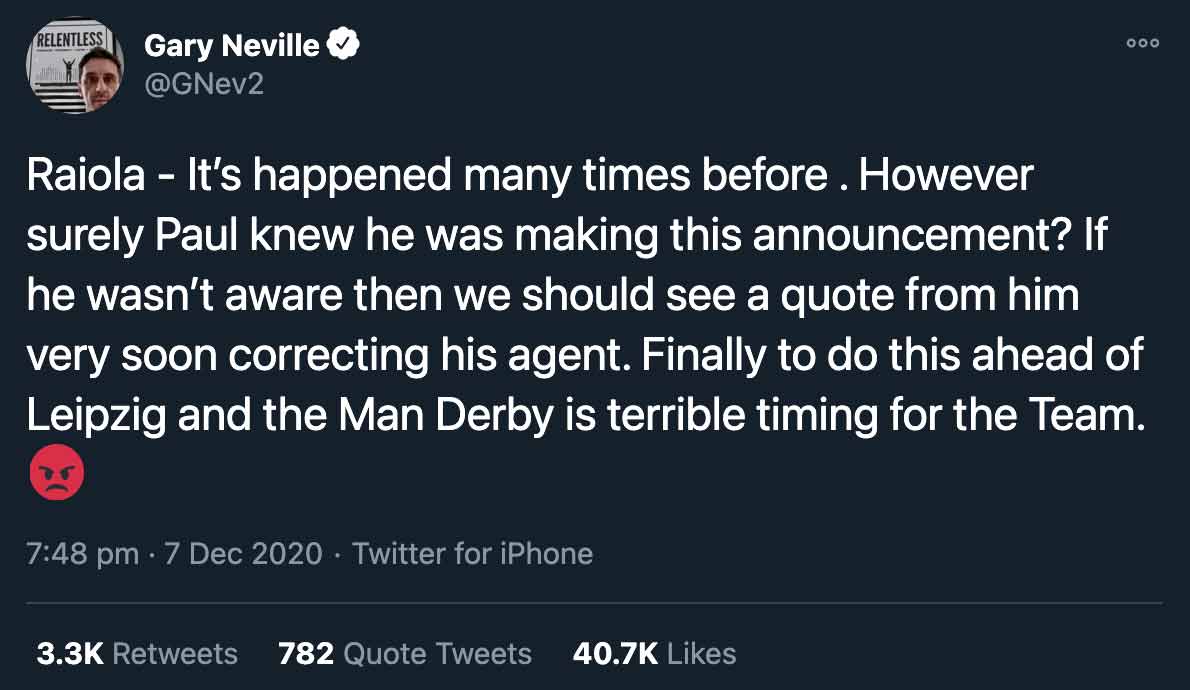 Pogba has scored one goal in eight Premier League games for Manchester United so far this season.

He has only started five of the Red Devils’ 10 games in the Premier League under Ole Gunnar Solskjaer so far this season.

Manchester United will take on bitter local rivals Manchester City at Old Trafford on Saturday evening as they bid to make it five wins in a row in the English top flight.