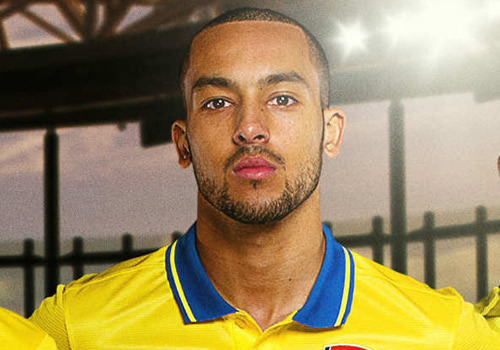 Theo Walcott has been ruled out for the season Photo: Nike

Gerard Houllier believes that Arsenal’s title bid has unravelled due to injuries to key players – and mainly Theo Walcott.

The Gunners led the way at the top of the Premier League for much of the early stages of the season but a run of just one win in their last five games has seen the north Londoners drop to fourth.

At this moment the big loss for them was Theo Walcott

And former Liverpool boss Houllier believes that Walcott’s season-ending knee injury, as well as long spells on the sidelines for Aaron Ramsey, Jack Wilshere and Mesut Ozil, have caused the Arsenal’s title hopes to fade.

“They lost some key players [that’s why]. Suppose Steven Gerrard, maybe [Luis] Suarez and another defender were out against Tottenham, it could have been a different game,” Houllier told talkSPORT.

“At this moment the big loss for them was Theo Walcott. Theo was giving them some depth and some speed up front and once they lost him the results suffered.

“Particularly in big games he’s a threat and he can make goals and score goals. He had improved a lot so it’s a shame he’s not playing at the moment.

“They lost Theo, Wilshere and Ramsey, who had a terrific start to the season. It is too many key players plus the fact they look a bit more tired than the others [hasn’t helped].”