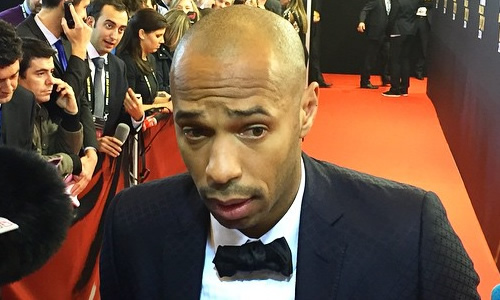 Thierry Henry has rejected suggestions that Arsenal have become over-reliant on Alexis Sanchez this season.

The Chilean forward has been one of the Premier League’s standout performers since his £35m transfer to Emirates Stadium from Barcelona last summer.

The 26-year-old has scored 17 goals for the Gunners in all competitions and has also notched up an impressive eight assists for his team-mates.

In the games that he didn’t appear, some other guys appeared an Arsenal won the game

But the north London club’s all-time record goal-scorer feels that Arsenal are not too reliant on the former Barcelona star.

“You know that if he’s on tune then Arsenal have a lot of chance of winning the game,” said Henry. “I think he’s going to be a great player for years to come.

“I don’t think [Arsenal are over-reliant on Sanchez]. In the games that he didn’t appear, some other guys appeared an Arsenal won the game. It’s not always down to him.

“It’s got to be a team effort. You play with 11 players on the field. I haven’t been around the dressing room for a long time know what they’re working on and what the deal is. From afar, I don’t think they’re far away.

“Saying that, they are some points away from the first spot. But like I said to you, we all know that when he’s on tune, it’s way better for Arsenal. But on the other side, it going to have to be a team effort to go back to the top.”