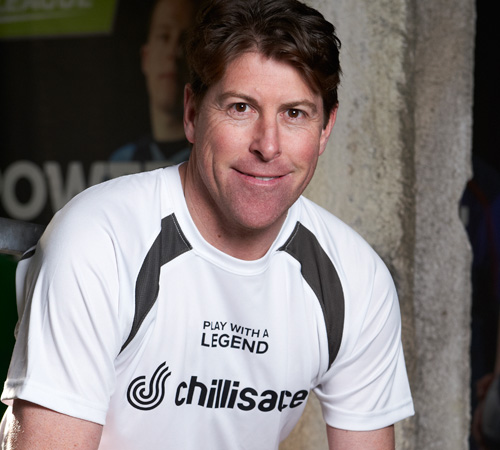 Darren Anderton believes Tim Sherwood is the right man to get the best out of the Queens Park Rangers squad in the relegation battle.

The former Tottenham Hotspur boss is favourite to succeed Harry Redknapp at Loftus Road after his former team-mate Les Ferdinand was named the club’s director of football in a week of change at the west London club.

Anderton played with the pair during his Tottenham career, and the ex-England winger believes Sherwood could revitalise the Hoops, who are 19th in the Premier League table ahead of Saturday’s home clash against Southampton.

“Tim will get the best out of the players just with the way he is around the place and that is what they need, they need someone to be upbeat and get into them as such. Tim would certainly tell how it is,” Anderton to The Sport Review in an exclusive interview.

Sherwood led Spurs to a sixth-place finish with the help of his assistant Ferdinand last season after the 46-year-old replaced Andre Villas-Boas at White Hart Lane in December 2013.

The former Blackburn captain worked with current QPR caretaker boss Chris Ramsey at Spurs, too, and Anderton believes Sherwood would have no trouble settling into a management role at the R’s with so many familiar faces already in place.

“He did well at Spurs last year in what was a tough time to come in,” added Anderton.

“He’s worked with Les and Chris Ramsey before so it would be those three again. They know each others strengths, they’ve worked together as a team at Tottenham so I see no reason why they can’t do the same again at QPR.”

Ferdinand, who scored 80 goals in 163 appearances for QPR between 1987 and 1995, was initially the favourite to replace Redknapp following the manager’s resignation on Monday.

However, Anderton wasn’t surprised to see Ferdinand move into a direct of football role, adding that he believes the former England striker is better-suited to such a position.

“I’ve spoken to Les quite a lot over the past year, playing a lot of golf together. The route he wants to go down is director of football. I don’t think he wants to become a manager,” Anderton added.

“He likes to be involved in and around the club and that role is what he was looking for instead being a manager.”