Djokovic and Barty still top the ranks a year on from Tokyo 2020, but No2 Osaka is face of Olympics 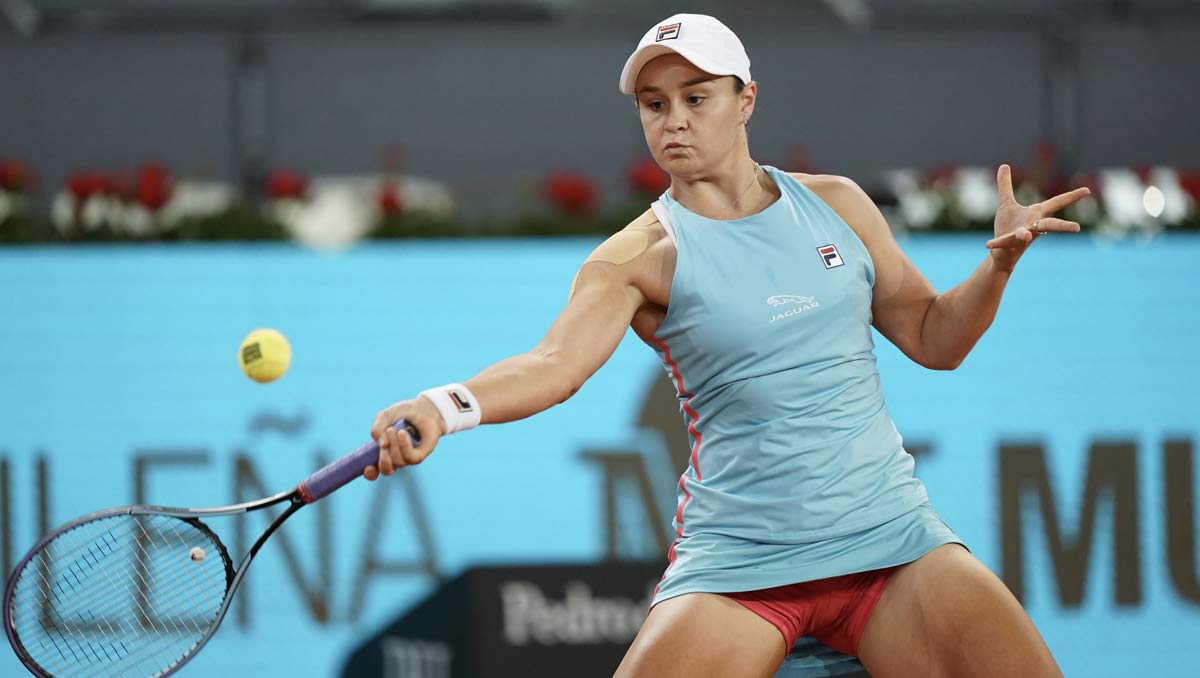 It is a rare and highly prized sporting accolade, and because the opportunity to win Olympic gold only comes around every four years, the chance of adding this ‘fifth Major’ to a tennis player’s resume is no easy matter.

The Games come hot on the heels of not one but two Majors in the space of five or so weeks, which is all the more challenging for the top players who go deep into the draws of their most gruelling events. For tennis is at the very start of the Olympic schedule—it begins the day after the opening ceremony, and runs on consecutive days until 1 August—and demands a swift switch from Roland Garros’s clay and Wimbledon’s grass back to hard courts.

Stir into the melting pot that Japan is a 12-hour flight from London, and eight hours ahead on the clock, and even more is squeezed out of the schedule. And all that without the demands and disappointments associated with the Covid pandemic.

So for those nursing physical problems following two Major tournaments, those side-lined by—or recovering from—surgery, those quarantined by Covid or infected ahead of the journey east, the Olympics has become a step too far, and many big names are missing. This time around, those include former singles gold medallists Rafael Nadal, and both Serena and Venus Williams.

Roger Federer won gold in doubles with Stan Wawrinka in Beijing in 2008, and silver in singles in London 2012. But his chances of adding a singles gold during the week he turns 40 have been dashed by ongoing knee problems following double surgery last year, and that after missing Rio due to surgery on his other knee. Incidentally, Wawrinka, too, will miss Tokyo following ankle surgery.

Defending Rio 2016 champion, Monica Puig, is also absent this year due to shoulder surgery, but the men’s champion, Andy Murray, is hoping to turn around a difficult year and defend not one but two straight singles golds: London and Rio.

For Murray, 2021 should have brought a return to a near-full schedule for the first time since major hip surgery in 2019, but first Covid infection denied him the trip to the Australian Open, and then a groin injury took him out of competition from February until London’s grass this June. So with only four match-wins from eight matches this year, his hopes of more medals in Tokyo have to be seen as ambitious.

However, British hopes sit firmly on his shoulders after the withdrawal of the top singles man and woman, Dan Evans and Johanna Konta, following Covid infection. Doubles success, though, is surely a possibility: Murray won a mixed doubles silver in London, and Joe Salisbury heads a strong set of doubles players including the late inclusion of Jamie Murray.

All eyes, though, will be on world No1 Novak Djokovic, who confirmed last week that he would be making the journey to Tokyo in an attempt to add a gold medal to one of many record-making attempts this year. Already, he is the only one of the ‘big three’ to win all the Majors twice, and is now within touching distance of becoming the only man in the Open era to match Rod Laver’s Calendar Slam. With one further step, Olympic gold, he could also do what no man has ever achieved, the ‘Golden Slam’—a unique set achieved only by Steffi Graf in 1988.

So there is a lot at stake for the Serb, and in a draw that is not only missing Federer and Nadal but also world No5 Dominic Thiem, No8 Matteo Berrettini, No10 Denis Shapovalov, and 10 more top-30 players.

However, there are plenty of young challengers who, while they have failed to make the title break-through in the best-of-five format, have proven their worth on the big stages. Alexander Zverev has four Masters titles, Daniil Medvedev has three, and Stefanos Tsitsipas won his first this year, and all three are Major runners-up. Hubert Hurkacz and Andrey Rublev have also made significant runs in Masters and Majors over the last year.

Then of course there is one of Japan’s biggest stars, Kei Nishikori, who won bronze in Rio, having lost to eventual champion Murray in the semis, before beating Nadal for bronze—the first Olympic tennis medal for Japan in 96 years.

On the women’s side, Ash Barty will be attempting to win the first ever singles gold for Australia. And as world No1 for almost two years—and with the Wimbledon title last week—she is, in theory, the woman to beat in Tokyo. However, the tournament sees the return of world No2 Naomi Osaka for the first time since her withdrawal from Roland Garros following her decision not to partake in press conferences.

As a woman who chose Japanese nationality over US, has four Majors to her name at the age of 23, and has been vocal on equality and mental health matters, she is a global star whose face has adorned some of the most famous publications—this month’s Sports Illustrated and Vogue Hong Kong among them. And for the second straight year, she is the highest paid female athlete in the world.

So while she is without recent match-play, she won the US and Australian Opens back to back, and will surely relish the hard-court environment of Tokyo’s Ariake Tennis Park and the added incentive of becoming a home champion.

Also in the frame for a medal will be other recent Major champions Barbora Krejcikova and Iga Swiatek, both showing form across the surfaces this season, plus the impressive Aryna Sabalenka, who is up to a career-high No3 this week.

There are some significant top-20 names missing from the draw as well as Serena Williams: Sofia Kenin, Bianca Andreescu, Simona Halep, and Victoria Azarenka, plus Angelique Kerber and Sloane Stephens, are all Major champions, while teenage Coco Gauff, who has made huge strides this season, fell to the Covid virus at the very last moment.

Some of the essentials

Formats: All singles matches best of three sets with a standard tiebreak in every set including the final set in singles competition. In doubles, a match tiebreak (first to 10 points) will be played instead of a third set.

Former champions since 1988 [when reinstated as a medal sport after not being contested since 1928]: only Murray is playing in Tokyo.