Tom Wood: Of course I would love to captain England again 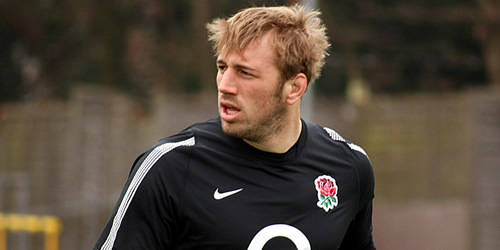 Tom Wood admits he would jump at the chance to captain England again, but maintains he will not be getting ahead of himself with over a month until Stuart Lancaster’s men next take to the field.

In the absence of the rested Chris Robshaw, Wood made a case for himself to lead the Red Rose on a permanent basis in the summer by twice leading England to victory over Argentina.

The next fixture for last season’s Six Nations runners-up is against Australia on November 2, the first of three autumn internationals with Argentina and New Zealand also coming to town.

And while the Northampton Saints flanker is determined to lead England again, he knows the unpredictable nature of the sport means no one can think too far in the future.

“I am ambitious and of course I would love to captain England again,” said Wood.

“A lot is made of the rivalry between Chris and me for the captaincy but we are mates, as competitive as each other and assume absolutely nothing.

“Look what happened to poor Tom Croft last week – out for the season with a knee injury after spending so long recovering last year from a neck injury. Cruel, so cruel. That’s why you have to just get on with it. Whatever happens with England will happen.”