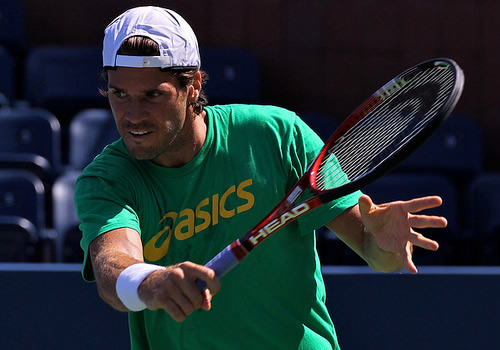 Tommy Haas battled past Robin Haase 6-3 4-6 6-4 to win the Erste Bank Open in Austria for a second time – 12 years after his first triumph.

The win marked Haas’ 15th career title and also kept him in the race for one of the four remaining spots in the eight-man ATP World Tour Finals next month, with the German currently lying in a provisional 12th place.

“This victory is really something special,” said Haas after the win in Vienna. “You don’t win tournaments too often and this year I’ve won in my two favourite cities.

“If you’d seen me three years ago, I was really asking myself if it made sense to continue,” said Haas, who underwent hip surgery in 2010.

“I have been paying a lot of attention to my fitness and nutrition and I am always looking to improve my tennis.”

Meanwhile, Richard Gasquet beat Mikhail Kukushkin in the Kremlin Cup final to edge ahead of Jo-Wilfried Tsonga in the race to reach the season-ending tournament in London.

The French 27-year-old won 4-6 6-4 6-4 to secure his third title of the year, and ensure he will occupy the final qualifying spot for the tournament when the rankings are updated on Monday.

“It is one of my most successful seasons but the race for a place in London is not over yet,” said Gasquet.

Long wait is over for Grigor Dimitrov, champion of Stockholm