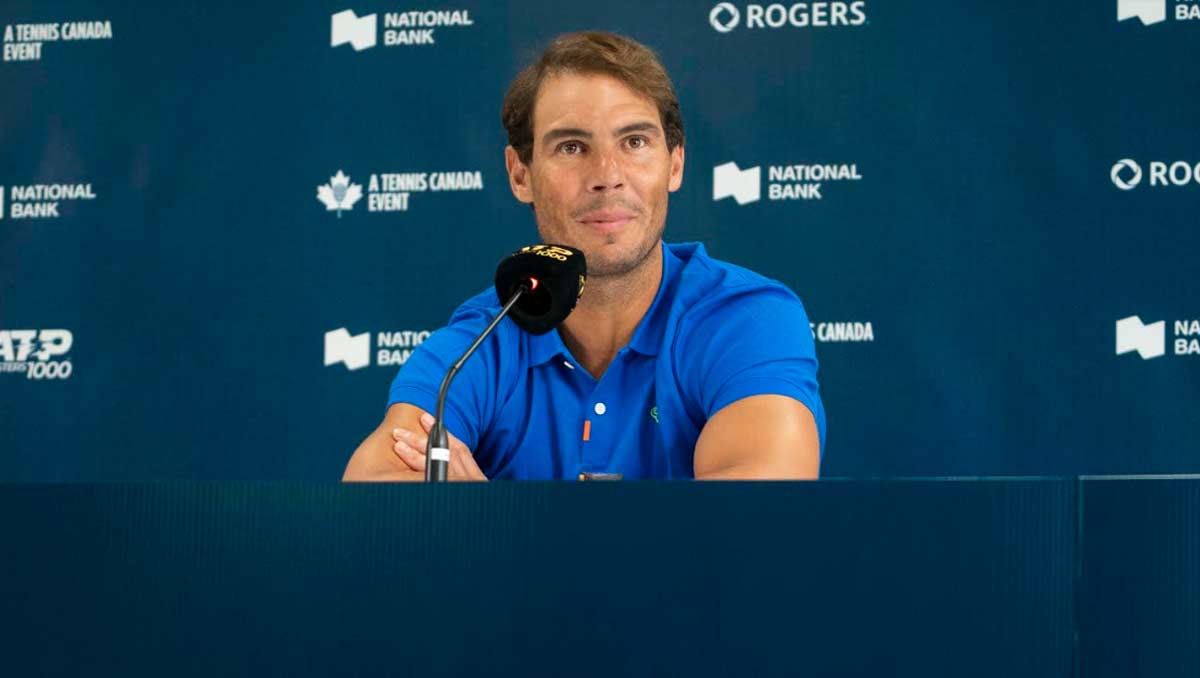 Olympic years always bring tough decisions for players heading to North America for the double-header Masters in Canada and Cincinnati.

Of course there are big prizes at stake, but the demands on the body of back-to-back Masters is huge, and the top players must also keep in their sights the still bigger prize of the US Open just a week after Cincinnati’s climax.

Add into the equation another disrupted calendar that has continued to feel the effects of Covid restrictions, quarantines and re-scheduled tournaments—note Roland Garros taking a week out of the grass swing in order to avoid some Parisian restrictions—and tennis players are still having to make difficult choices.

The biggest since Wimbledon was whether to make the tough journey to Japan for the Olympics, and endure not just tight travel restrictions and extreme playing conditions, but also empty stadia. Many opted out, for practical or health reasons, but for Alexander Zverev, there was no doubting the gold reward was worth the effort.

But while Tokyo 2020 has been filling the sports media, there were many tennis stories quietly stacking up through July and August.

The summer clay swing in scenic and relatively safe European venues brought notable wins for 22-year-old Casper Ruud—three times—in Bastad, Gstaad and Kitzbuhel, and a career-high No12. Though how that work-load and change of surface will affect his Toronto campaign is yet to be seen.

Briton Cameron Norrie, after three finals this season, finally lifted his first trophy in Los Cabos—also sealing a career-high of 28. He finds himself in a big-hitting segment of the draw, though, first facing Karen Khachanov, then Aslan Karatsev, with Stefanos Tsitsipas lined up for the third round.

Rafael Nadal, nursing a foot injury since the French Open, returned to play the Washington 500 last week, but found the going tough, and lost in the third round. He nevertheless told the media in Toronto that the pain in his foot was improving all the time.

He has won the Canadian Masters five times, including back-to-back titles in 2018 and 2019, and is the second seed this week despite being overtaken by Stefanos Tsitsipas at No3 in the ranks. The Spaniard faces a tricky opener against the ever-improving Lloyd Harris, who happened to beat Nadal last week in Washington. But if he wins a record-equalling sixth Canadian title, he will also edge ahead of Djokovic in Masters titles.

Tsitsipas also has reason to be optimistic in Toronto. He made his first Masters final there in 2018, a day before turning 20, and made him the youngest player to beat four top 10 opponents at a single tournament since the ATP was established in 1990. This year, he arrives with a first Masters title to his name, from Monte-Carlo, plus a final run at Roland Garros. However, like Nadal, he faces a tough opener against either Cagliari champion Lorenzo Sonego or Halle champion Ugo Humbert, ranked 25 and 26 respectively so missing a seeding literally by one place. And Humbert it was who halted Tsitsipas just a fortnight ago in Tokyo.

The top seed is Daniil Medvedev after world No1 Novak Djokovic withdrew following his Tokyo exertions. Medvedev will certainly be a dangerous contender—he has won 10 of his 11 titles on hard courts, and reached the final of this tournament in Montreal in 2019.

However, perhaps the biggest threat to Medvedev in the early rounds will be the newest champion, Jannik Sinner, still only 19 years old and the youngest ATP500 champion after winning in Washington yesterday.

And bearing in mind that Sinner won the Great Ocean Road Open at the start of the year and reached the final of the prestigious Miami Masters in the spring, his potency on hot hard courts is clear. He could meet Medvedev in the third round in Toronto, in perhaps the hottest quarter. The other seeds here are Alex de Minaur and Huburt Hurkacz, who won the Miami Masters and reached the semis at Wimbledon—though the Pole could play Kei Nishikori in his first match.

Canada has the good fortune of two young stars with realistic ambitions of strong runs in Toronto. No5 seed Denis Shapovalov made arguably his biggest breakthrough to reach the semis in Montreal in 2017, age 18, and beating Nadal in the process. He has gone on to reach four more Masters semis, advancing to the Paris final, and also reached his first Major semi at Wimbledon this year.

His younger compatriot and friend, 20-year-old Felix Auger-Aliassime, is seeded 15, made the quarters at Wimbledon, and this year he added two finals to the six he had already reached. He is in a tough quarter in Toronto topped by Tsitsipas and Ruud, with additional dangers such as Norrie, Khachanov, Marin Cilic and Dusan Lajovic in the unseeded mix.

The veteran among the Canadians is wild card Vasek Pospisil, following the withdrawal of Milos Raonic as he continues to regain fitness after a calf injury earlier this season.

As well as Raonic, the draw has lost Roger Federer, who has invariably celebrated his birthday when playing the tournament. But as he turns 40, his struggles to get back to top form from his double knee surgery last year continue with a post-Wimbledon set-back. He has already pulled out of Cincinnati, too.

The absence of Djokovic, Zverev, Matteo Berrettini and Pablo Carreno Busta also affirm how difficult and tight the schedule is for the run-in towards New York, and with Dominic Thiem still carrying a wrist injury, there remain just six of the top dozen in the draw.