Spurs were looking to return to winning ways after Chelsea FC managed to hold the Premier League leaders to a goalless draw at Stamford Bridge in the derby last weekend.

Son placed a clinical finish past Arsenal goalkeeper Bernd Leno after Kane had managed to hold off Gabriel Magalhaes and pick out his strike partner in the Arsenal half.

The South Korea international returned the favour on the stroke of half-time when Son teed up Kane to give the home side a two-goal cushion in the north London derby.

Spurs soaked up Arsenal pressure in the second half as Mikel Arteta’s side struggled to find a way past Mourinho’s men.

Match Of The Day host Lineker took to Twitter to heap praise on Mourinho and his Tottenham players for a perfect performance in the north London derby.

Lineker wrote on Twitter: “That might be the most magnificently model Mourinho match I’ve marvelled at in many a moon.” 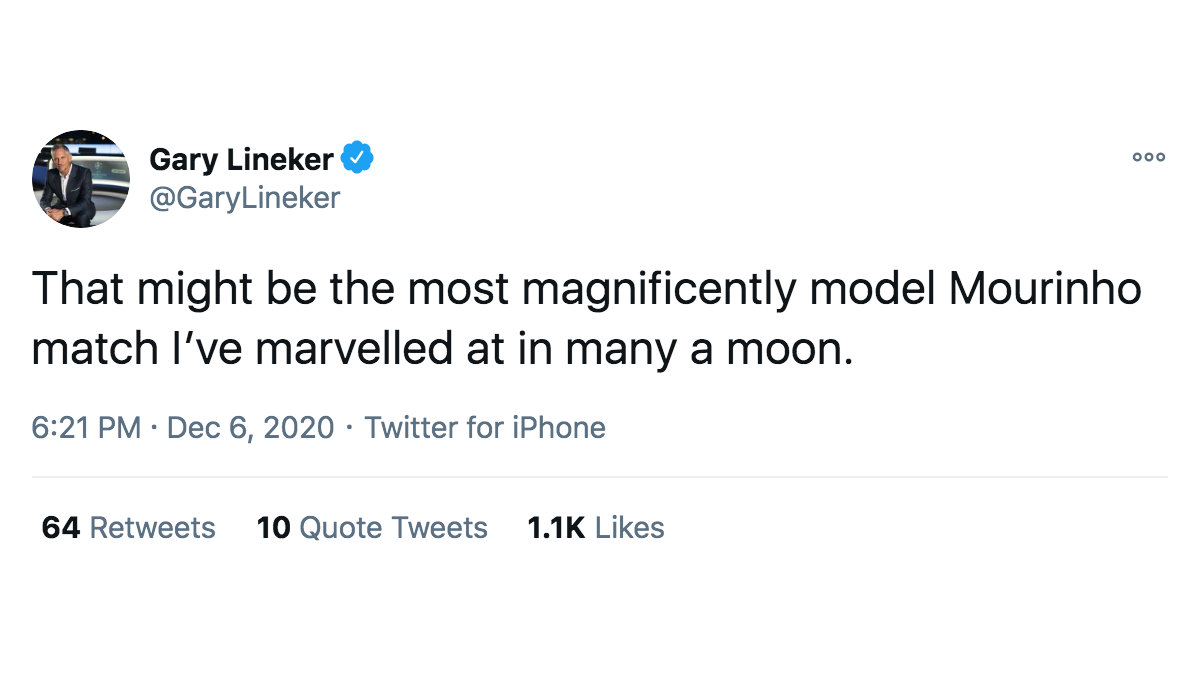 The former Spurs striker went on to praise Kane and Son.

Tottenham are sitting at the top of the Premier League table after extending their unbeaten run to 10 games.

Mourinho’s side will travel to Crystal Palace in the Premier League next weekend before Spurs make the trip to defending champions Liverpool FC on Wednesday 16 December.

Tottenham are bidding to win the Premier League title for the first time this season.