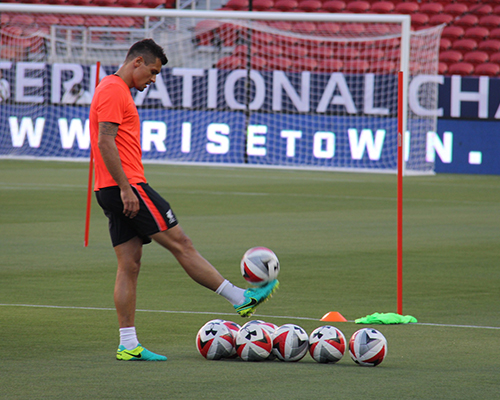 The Merseyside outfit were looking to record their first win in three games in the Premier League after back-to-back stalemates with Newcastle United and Manchester United.

Liverpool were 7-0 winners against Slovenian side Maribor in the Champions League to prepare for their trip to Wembley this weekend.

However, Lovren made two mistakes in the opening 15 minutes to allow Harry Kane to make the breakthrough before South Korean forward Son Heung-min extended the home side’s lead.

The Croatia international has been heavily criticised for his below-par start to the season after conceding 16 times in their opening nine games in the Premier League.

Klopp subsituted Lovren in the 32 minute to end the centre-half miserable aftrernoon at the home of English football.

Former Manchester United defender Neville admitted Lovren endured a nightmare performance at Wembley as Liverpool were plunged into a deeper crisis in the Premier League.

“How can you dive in there? He has overcommitted? It’s a nightmare.”

The German coach managed to improve Lovren’s performances during his first 12 months in charge but the Croatian has digressed over the past season or so.