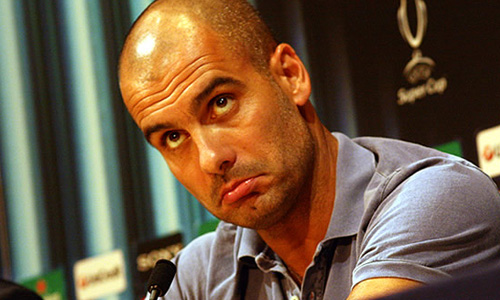 Paul Merson is backing Manchester City to ease to a resounding 3-1 win against Tottenham Hotspur at Wembley on Monday night.

The Citizens will make the trip to the English capital hoping that Mauricio Pochettino’s side will suffer a hangover from their Champions League exploits in mid-week.

Spurs failed to beat PSV Eindhoven to breathe life into their European campaign after the north London side were held to a 2-2 draw following Hugo Lloris’ sending off.

Tottenham haven’t won a game in the Champions League this season following a 2-1 loss to Inter Milan at the San Siro before a 4-2 defeat by FC Barcelona at Wembley.

Manchester City, on the other hand, became the first Premier League club to win at Shakhtar Donetsk after the Eastlands outfit were 3-0 winners in Ukraine on Tuesday night.

Pep Guardiola’s side will benefit from an additional 24 hours to recover from their Champions League clash as Manchester City look to open up a five-point lead over Spurs.

Former Arsenal midfielder Merson believes defending champions Manchester City will ease to a 3-1 win against Tottenham at Wembley in the Premier League clash on Monday night.

“This should be a cracker!” Merson told Sky Sports.

“Tottenham are getting results without playing well – I thought they rode their luck against West Ham. There’s a few in that squad who aren’t playing to their full ability at the moment. However, look where they are in the league – they will only get better.”

Merson added: “It just may suit Manchester City that little better as they have a bit more pace in their team and will not be fully reliant on pass, pass, pass.”

The Citizens were 3-1 winners against Spurs in their last meeting at Wembley in April as Manchester City edged toward their first Premier League title under Guardiola.

The Eastlands outfit haven’t lost in the Premier League this season and the current league crown holders dropped points in a 1-1 draw with promoted side Wolverhampton Wanderers and title rivals Liverpool FC.

Tottenham have made their best-ever start to the Premier League season after collecting 21 points from their opening nine games.

Pochettino’s side have dropped points in a 2-1 loss to Liverpool FC at Wembley at the start of September, while Spurs succumbed to a 3-1 defeat by Watford at Vicarage Road.