Tottenham’s Dawson: It’ll be a fantastic season if we get fourth 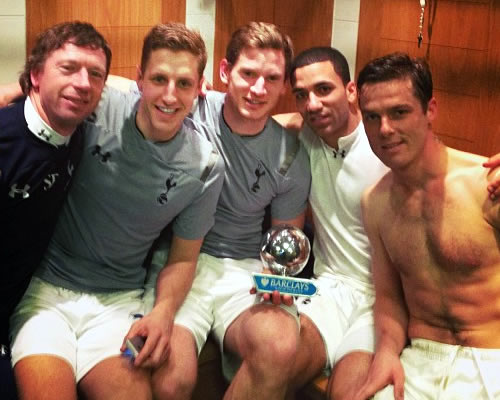 Michael Dawson admits the success of Tottenham Hotspur’s season hinges on securing their place in the Champions League.

Andre Villas-Boas’ men can end the campaign with 72 points, which would be a club record for the Premier League era.

However, if Arsenal beat Newcastle United, Arsene Wenger’s men will secure fourth place regardless of Spurs’ result against Sunderland.

“If we win and get 72 it will be a great season, but it will only be a fantastic season if we get that Champions League spot,” Dawson said.

“That’s what we set out to achieve at the start of the season.

“If we can get that number of points then great, but we want to be in the Champions League with the way we missed out on it last year.”

Last weekend, Alan Pardew declared he would not care if Arsenal thrashed his side at St James’ Park after the Magpies cemented their top-flight status with a win at Queens Park Rangers.

The Newcastle boss later clarified his comments as a “joke”, and Dawson is optimistic the Magpies can do Tottenham a favour and beat their north London rivals.

“All we can do is concentrate on what we do, and fingers crossed Newcastle can do us a favour,” he added.

“We have just got to go out there and get three points and see where it takes us on Sunday evening.”