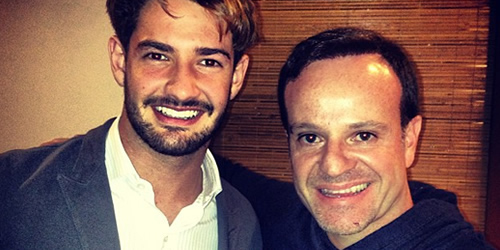 Alexandre Pato has revealed he rejected a move to Tottenham Hotspur in favour of staying at Corinthians in the summer transfer window.

The Brazil international has scored eight goals in 24 appearances since sealing a £12.8m return to South America from AC Milan in January.

The 24-year-old, who joined Milan aged 17, is still a target for Tottenham, as well as Arsenal, despite turning down a move to Spurs earlier this year.

“Tottenham had called Corinthians to ask for my transfer. I sat at the table with the club and my agent and I decided I wanted to stay,” Pato told Sportv.

Last month, Villas-Boas insisted he was happy with his attacking options despite relying on Roberto Soldado and Jermain Defoe to score his side’s goals.

“JD is doing well. He and Soldado are competing and all of their performances have been excellent,” Villas-Boas said.

“There is not one single negative thing I can say about the performances of Soldado and JD. At the moment we are playing with one striker up front and a number 10.

“We’ve scored 15 goals in seven games and conceded one, which are good numbers for us, so we haven’t yet seen a reason to change to 4-4-2 but that is definitely an option for the future.”