Tottenham transfers: Steaua Bucharest defender Vlad Chiriches is close to a move to Spurs, according to the Romanian's agent 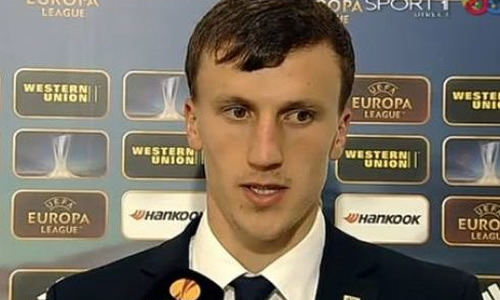 Tottenham Hotspur are closing in on Steaua Bucharest defender Vlad Chiriches, according to the Romania international’s agent.

The north London side are believed to be keen on the centre-half after Andre Villas-Boas sold England defender Steven Caulker to Cardiff City.

With Belgian centre-half Jan Vertonghen currently injured, the Spurs boss is desperate to strengthen his defensive options ahead of the new season.

And Chiriches’ agent revealed Tottenham have offered £7m, which is £1.7m more than their rivals Roma are willing to pay for the eastern European.

“[Roma] have not raised their offer of £5.7m. Tottenham, however, are now up to £7m and have taken the player,” said Chiriches’ agent.

“It is at 99 per cent certain – it only lacks the signature of the boy, who will arrive soon.”

“We have had many examples of players who have failed to establish themselves and have lost their place in the national team.

“I want him to play well and bring that to the national team – we need to get good results this autumn to qualify for the World Cup.”