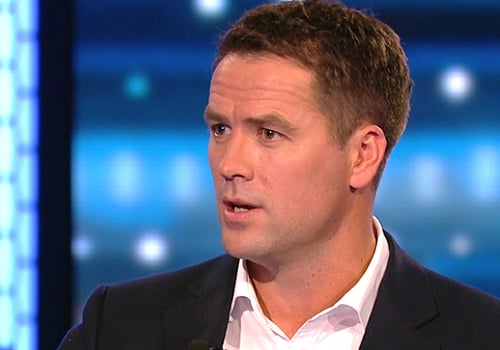 Michael Owen is backing Liverpool to hold Tottenham to a draw in Sunday’s crunch Premier League clash at Wembley.

Liverpool head into the game looking to get back to winning ways in the top flight after their goalless draw with Manchester United at Anfield last weekend.

It has been a stuttering start to the season for Jurgen Klopp’s side, with the Reds having only won three of their opening eight Premier League games.

Tottenham, meanwhile, have been in good form and have won four of their last five games in the top flight to leave them third in the table behind leaders Manchester City and second-placed Manchester United.

Spurs are getting used to playing their home games at Wembley this season while White Hart Lane is being redeveloped.

Former Liverpool star Owen reckons that the two teams are likely to share the spoils when they meet at Wembley on Sunday afternoon.

Writing in his blog for BetVictor, Owen said: “As good as Liverpool’s 7-0 win at Maribor in the Champions League was, you have to feel that Spurs’ 1-1 with Real Madrid at the Bernabeu will have meant so much more with Mauricio Pochettino’s side surely now assured of making it through to the knockout stages.

“Spurs have been very impressive on their travels whilst struggling in ‘home’ games at Wembley.

“Liverpool have likewise thrived on the road this term and will be buoyed by their 7-0 win in the Champions League.

“I find it difficult to split the sides and expect it to be one for the neutrals at the home of football on Sunday.”

Liverpool are aiming to improve on their fourth-placed finish in the Premier League last season.

Tottenham, meanwhile, are aiming to go one step further this term after they finished as runners-up to champions Chelsea last season.

Gary Neville predicts where Man United will finish this term