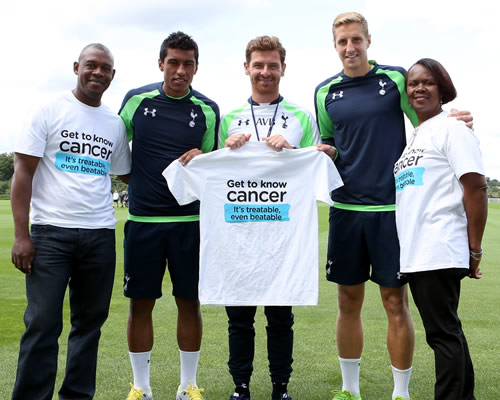 Townsend was rewarded for his fine Spurs performances with a call-up to Roy Hodgson’s England squad to face Moldova and Ukraine in the World Cup qualifiers in September.

And Villas-Boas hailed Tottenham’s young midfielder for his energetic displays since breaking into the Spurs side.

“We gave Andros the opportunity after the game he had against Dinamo Tbilisi and he repaid us with great movement and quality,” Villas-Boas told Tottenham’s website.

“When he gets into space he’s able to take on the man and there is no fear in his game. I was happy with his performance.”

Townsend announced himself to the Premier League with a series of swashbuckling performances during a short-term loan at Queens Park Rangers last season.

And the Tottenham midfielder expressed his delight at receiving an England call-up via Twitter on Tusday.

Thanks to everyone that has Tweeted me regarding the England call up! What a week or soo it has been! #everykidsdream

Chelsea transfers: Three reasons why Juan Mata should stay at the Blues