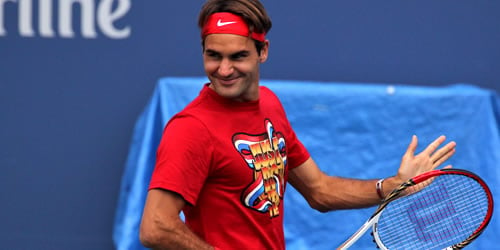 It doesn’t seem to matter what spot you put him on, what audience you put before him, or what challenge you throw at him. Roger Federer handles it all with the ease of a cat that can snake itself around a pair of willing ankles, dine on its reward of salmon, and amble back into its own world without a backward glance.

On court, few can glide to the net with his slickness, few can so elegantly pounce on a ball with more deadly results, few can adjust their balance through a rally with more agility.

It is the same away from the field of play: He knows all the games and how to play them.

Take the fans: He understands that the faithful who turn out to cheer their favourites, come rain or shine, are the bedrock his sport’s popularity.

He knows it is vital to take tennis to an ever bigger and most diverse audience, its lifeblood, the source of the next generation of players and the next dollar to fund a tournament.

Then there is the drive to mould the future of his sport, to engage with its masters, represent its players, bring change without losing sight of what makes tennis so special.

All three of these things have enjoyed the deft touch of Federer since he came to New York in pursuit of a sixth US Open title. All three have enjoyed his company while it lasted, before he headed back to friends and family, parties and paternity.

Ask the hundreds who mobbed his practice session whether they felt suitably rewarded for their wait in the blazing sun, and the reply will be in no doubt. They cheered his arrival, applauded his every move and screamed their delight with each step that he inched around the court to sign their tokens. 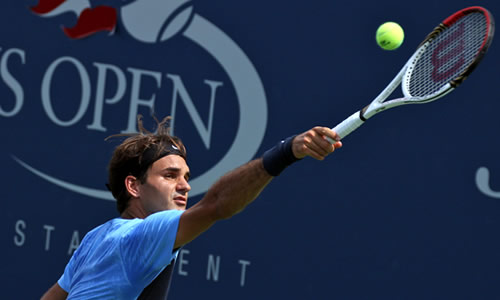 Then comes the ubiquitous pre-tournament press conference, which Federer famously takes in his cat-like stride. His sessions are lengthy, his answers are fulsome, he looks his inquisitor straight in the eye: the perfect “subject”.

First up on this occasion, what of the turn-around since losing here last year?

“I took some time to assess the situation and how should I move forward. And then of course it was great to start off with a win in Basel last year in my hometown. Then the rest we know. So it’s been a great last 12 months.

“I mean, I always did believe that if things turned for the better for me I was always going to be very near to world No1. I wasn’t far off, but I couldn’t plan on Novak going on a 40-match-winning streak or Rafa going for almost four Grand Slams in a row. Other guys also have their part to play in it.

“That’s where you have to be patient sometimes and just keep working hard and believing that what you’re doing is the right thing.”

A long response, certainly, but carefully managed, little given away.

Next, in reply to a suggestion that having children has made him a better player, a warning flick of the tail gives way to a softer underbelly. Who hasn’t seen a cat do just the same, draw you in—but with a gentle reminder of who is in control?

“Well, not worse. I mean, I’m back to world No1. I think I won Cincinnati the second tournament back. Then when I turned 30, I also right away won a tournament where people thought now I’m old.

“You know, having twin daughters and travelling and trying to manage the situation with my wife and the kids and just seeing what’s best, what can we learn—it was a hard process, too.

“But my wife has made it work for me. She’s made incredible sacrifices for all of the family. I couldn’t be more grateful or thankful. It’s been a great ride.”

Finally, asked how he feels coming into the tournament, he has a chance to preen a little while baring his claws to his rivals:

“This time around, I feel like if I’m playing well I can dictate who’s going to win or lose. It’s going to take something special from my opponent to win. That’s kind of how it feels right now. Then again, I might walk away from Monday and lost the first round. 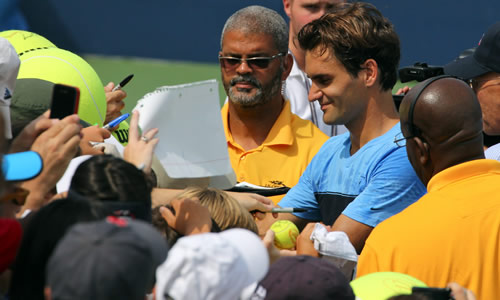 “I already reached my goal for the year becoming world No1 and getting Wimbledon again and getting a medal for Switzerland…But I do have this one left for me this year where I really, really want to do well, and I couldn’t be more happy returning here as No1.”

But when talk turns to tennis politics, the Leo in Federer rises to the surface: “Finally we really have engaged players, and I think that’s a very good thing… [the] other part is managing that.

“Obviously always going to be rumours flying, but as long as I’m president of the player council it’s always going to stay behind closed doors what exactly has been talked about.”

And with that, having batted aside questions about Lance Armstrong and the superiority of the current era—“I think that’s disrespectful”—and a dozen more questions in French and German, he was done.

It felt, as it always does, as though he was at our beck and call. In fact, he had given just as much as he wanted and no more.

Everyone was happy, but he was the cat with the cream.