US Open 2014: Gilles Simon beats David Ferrer in four sets to reach the fourth round in New York 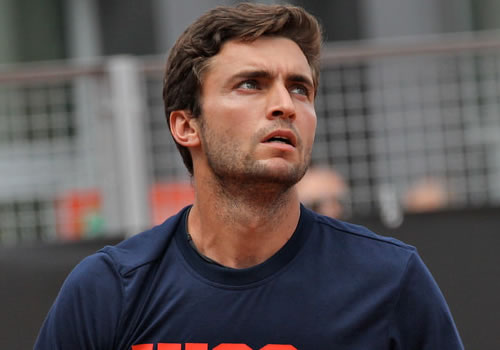 Gilles Simon is through to the last 16 Photo: Marianne Bevis

Gilles Simon admitted his relief at battling through difficult conditions to beat David Ferrer and reach the fourth round of the US Open.

Both players struggled in the hot and humid weather in New York as Simon triumphed 6-3 3-6 6-1 6-3 to book his place in the last 16 at Flushing Meadows.

Simon is through to the fourth round at the US Open for the first time since 2011, when he lost to John Isner.

“It was really, really difficult to play today,” said Simon. “I feel it was one of the hardest days for me on the court because it was hot and it was so humid. I’ve never sweated like this in the last ten years.

“To play David in this condition is really demanding physically. At one point I was really tired. I felt it would be difficult. But then I had more energy; I felt he was in trouble, also.”

Spaniard Ferrer has now failed to get past the third round at the last two Grand Slams after having reached 10 straight Major quarter-finals previously.

“It was tough match today,” said Ferrer. “There is a lot of humidity and it was not easy for me. I was not good with my fitness. Nothing else. He was better.