US Open 2014: Serena Williams is already guaranteed to retain the No1 ranking beyond the end of the tournament 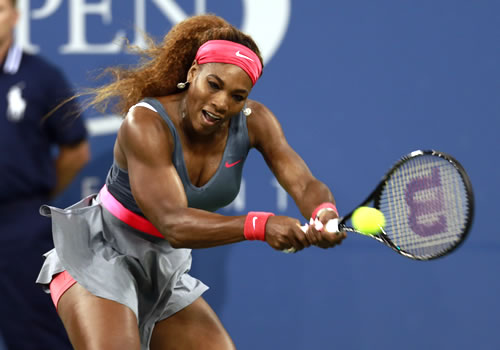 The top seeds in the women’s draw may have fallen like leaves in autumn throughout the first week of action at the US Open, but one woman continues to blossom in the baking sun of New York.

Serena Williams came to New York one month before her 33rd birthday as top seed, defending champion—twice over—and in pursuit of her 18th Grand Slam title. Yet she alone of the top 10 ranked women in the world is the woman to advance to the quarter-finals. Indeed only one other top-10 seed reached the last eight: No10 Caroline Wozniacki.

And following the third-round losses of No2 Simona Halep and No3 Petra Kvitova, Williams is also guaranteed to retain the No1 ranking beyond the end of the tournament, win or lose—though it will take a mighty impressive performance to deny her victory come final Sunday.

Her current reign at the top began in February last year, almost 11 years after she first claimed the No1 ranking in July 2002, and she is the oldest woman to hold the top spot since the computer rankings were introduced in 1975.

Williams currently sits at fifth on the all-time list of weeks spent at No1—she is guaranteed to reach 204—and has Martina Hingis, with 209 weeks at the top, in her sights.

The remarkable American’s next target, aside from winning her sixth title in New York, will be to clinch the year-end No1 ranking for a fourth time: as well as last year, she was top of the pile come Christmas in 2002 and 2009. 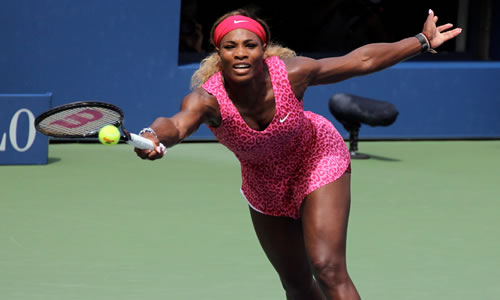 Serena Williams is guaranteed the No1 ranking beyond the end of the US Open (Photo: Marianne Bevis)

The woman who finished runner-up to Williams here for the last two years, Victoria Azarenka, looked a threat to Williams’ ambitions before she suffered a straight-sets defeat to the equally clean-hitting No17 seed Ekaterina Makarova in the quarter-finals on Wednesday. The Russian is into her first Grand Slam semi-final and she reached the last four without dropping a set.

In contrast, another former No1 Caroline Wozniacki, is gaining ground after her worst ranking dip since 2010.

Wozniacki clinched the year-end top spot in 2010 and 2011 with six titles in each year but struggled to maintain her peak form. Although she managed to stay in the top 10 until this spring, she eventually dropped to No18.

Since Wimbledon, however, the form has returned on her favourite hard courts. The title in Istanbul was followed by a quarter run in Montreal and a semi finish in Cincinnati, and in New York, she has gone from strength to strength.

Her draw has been far from easy, but she beat one of the favourites for the title, Maria Sharapova, in three sets and then made mincemeat of former French Open finalists, No13 seed Sara Errani, 6-0, 6-1. Now in the semis here for the fourth time—and she reached the final in 2009—Wozniacki is assured of a place back in the top 10.

As for Williams, she will hope to earn her place among the last four when she takes on another 32-year-old who shines at her brightest in New York. Flavia Pennetta, who has already assured her place in the women’s doubles semis here with Hingis, is close to her career-high ranking of 12 five years ago, and reached her first Grand Slam semi-final here last year.

Asked if she had a hope of beating Williams for the first time since 2005, her sparky response was “Yes, of course! Why not?”

She will try her luck under the lights of Arthur Ashe tonight.

Wozniacki, Berdych & more: The best of the Twitter reaction from US Open