US Open 2014: Fernando Verdasco is one of the ATP Tour's over-30s to have played in over 40 Grand Slams 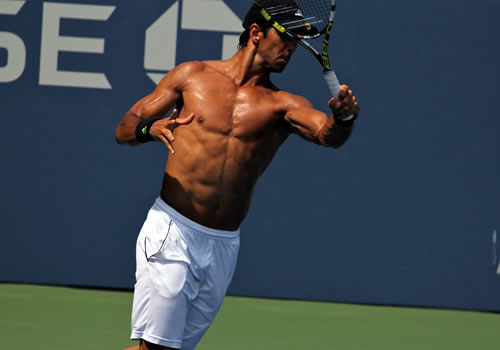 It has been hard to avoid the news that Roger Federer is marching through his 30s, that talk of the ‘R’ word has come and gone, that he has gone from injury and a ranking of No8 to a current No3 and now has his eyes set not just on his 18th Grand Slam title but the No1 ranking.

At 33, he will begin his New York campaign for a sixth US Open title on Tuesday night with a tour-leading 49-9 match record, with an 80th title just sealed in Cincinnati, and the most wins over top-10 players this year—12 of them.

Yes, Federer is the king of the over-30s and the king of longevity. It has also not gone unnoticed that he is playing in his 60th consecutive Grand Slam—a record. But he is not the only one turning on its head the long-held perception that 30 is the first marker of decline when it comes to tennis.

The last Major of the year features no fewer than 32 men in their 30s: There are just five teenagers. And when it comes to longevity and durability, many of them are following Federer’s example with more than a decade of unbroken participation in Grand Slams.

Next in line after Federer are three Spaniards who all began their runs more than 10 years ago. The first three are all Spaniards, and all are seeded in New York

The 32-year-old Feliciano Lopez is up to 51 Majors, David Ferrer—also 32 and seeded four at Flushing Meadows—has played 48 in a row, and the youngest of the trio, Fernando Verdasco, who is 31 in December, is playing in his 46th. 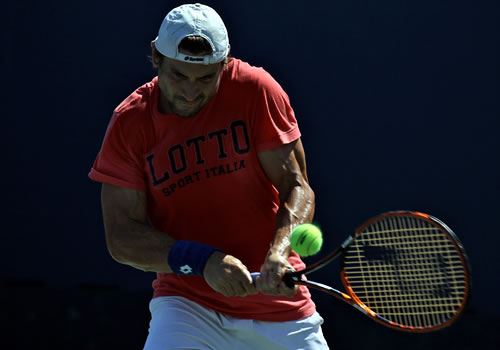 For the record, another 32-year-old Spaniard Tommy Robredo, has played 50 Majors too, and were it not for surgery along the way, would also be on the list. And he is up to 18 in the world from 115 18 months ago. He scored an opening win at Flushing Meadows yesterday, in straight sets.

But it is his compatriot Verdasco who earned the headlines yesterday. The former world No7 is making his 12th appearance at the US Open, and in beating Blaz Rola to advance to the second round, he scored his 400th career match-win.

It took the popular man from Madrid three and a quarter hours and a gruelling 6-3, 3-6, 7-5, 1-6, 6-4 scoreline, to take him one step closer to a rematch with Andy Murray in the third round.

Few who saw their encounter just over a year ago at Wimbledon will forget how close the Spaniard came to denying Murray his title run in the quarter-finals. Verdasco led by two sets before losing 7-5 in the fifth. 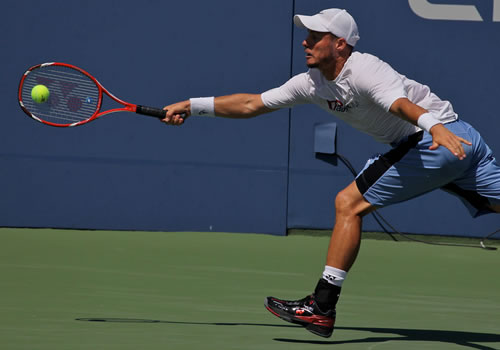 Both men, of course, have to get through the second round, but should they meet by the end of the week, don’t count on it being an easy road for the former champion Murray.

The power play and all-court skills of the Spanish left-hander have been honed by a new career as an expert doubles player—he won the doubles title at the World Tour Finals in 2013—so beware. Thirty is proving to be just the start of something for many men in the decade of the 2010s. 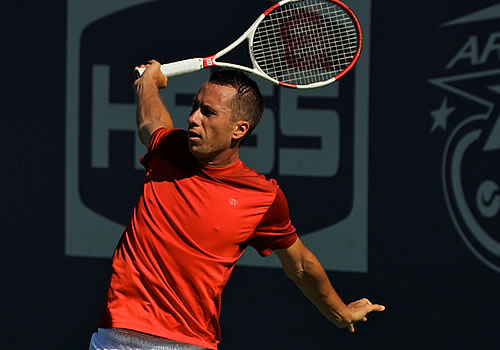 Footnote: 30-year-old Philipp Kohlschreiber, seeded 22, also raced into the second round this week. He will play the 34-year-old Michael Llodra, another straight-sets winner.

US Open 2014: Michael Jordan watches on as Roger Federer cruises