US Open 2014: Victoria Azarenka comfortably eases into third round but Ana Ivanovic is a surprise casualty 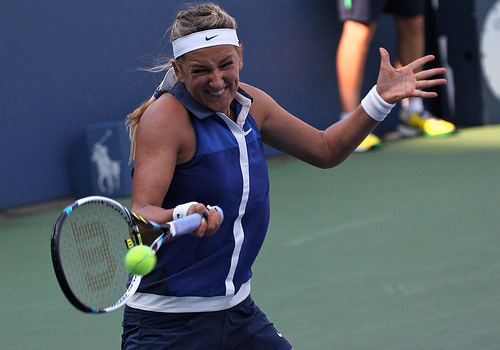 Victoria Azarenka eased into the third round of the US Open but Ana Ivanovic was a big-name casualty on Thursday.

The Belarusian former world number one, who is seeded 16th at Flushing Meadows, was a comfortable 6-3 6-2 winner against home favourite Christina McHale.

Azarenka, who looked rusty in her first-round victory over Misaki Doi, is set to face either Elena Vesnina or New Zealand’s Marina Erakovic for a place in round four.

However, Ivanovic was the big talking point on day four of the year’s final Grand Slam after a surprise 7-5 6-4 loss to Karolina Pliskova.

“It was very tough out there for me today. I really struggled to find my rhythm and made way too many unforced errors,” Ivanovic said.

“It was just really bad day. She served well, and she played good at important points, but I think I just did not play as well as I did.”

“I was really hoping I can make a good run and push. But I’m definitely going to assess what went wrong and what I can work on.

“I thought I had pretty good summer. Very disappointed to finish this early and in this manner because I really felt it wasn’t my game out there today.”