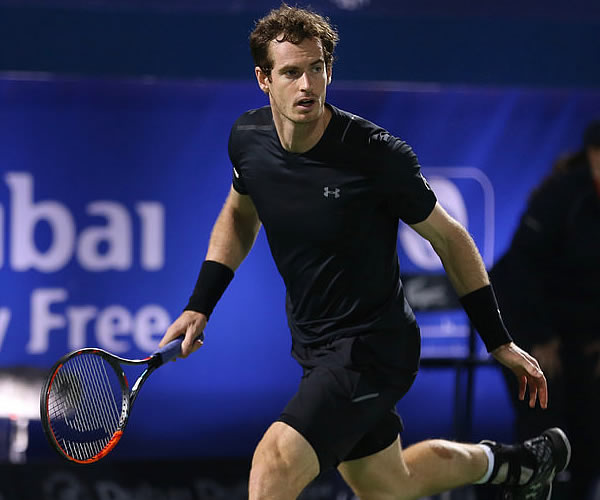 The weather was blisteringly hot at the Billie Jean King Tennis Centre as the second round matches got under way, and the schedule was almost as hot.

No fewer than six US Open champions were in action, including two Williams sisters and defending champion Rafael Nadal, and that was before taking account of multiple Major champion Victoria Azarenka, plus a clutch of the most exciting young stars in tennis—Denis Shapovalov, Stefanos Tsitsipas and Borna Coric all seeded and all age 21 and under.

First to step into the searing heat of Grandstand Court was Stan Wawrinka, who won the title last time he played in New York in 2016. This time last year, the 33-year-old three-time Major champion was unable to play after double knee surgery. His subsequent journey back up the ranks had been slow and painful through 2018, but with a string of wild cards through the big tournaments of the US Open Series, his form and fitness were clearly climbing.

He put together some serious wins in Toronto and then Cincinnati—over Nick Kyrgios, Diego Schwartzman and Kei Nishikori—and put up sterling efforts against the two most prolific champions in men’s tennis, Nadal and Roger Federer.

But still ranked 101, his wild-card entry in New York threw him up against No8 seed Grigor Dimitrov in his opener. No problem: He won in straight sets.

Now the Swiss played another of the rising youngsters, 20-year-old Ugo Humbert, ranked 139 and playing in his first US Open as a qualifier. Here was a rangy player with no experience on the main tour but with plenty of wins on the Challenger circuit in recent months, 17 of his last 20 matches. And he would prove to be a resilient, mature competitor not fazed by the occasion or the opponent.

The left-handed Frenchman stayed on level peggings, producing plenty of pace from his wiry frame, but he double faulted on set point in the tie-break, 7-6(5). Wawrinka led after just under an hour.

Both left court, in need of a change of clothes and some shade, but Humbert came back ready to keep up the attack. He could not convert three break chances in the first game, but then held to love with an ace. However, it did not last: Wawrinka upped the power, and broke for 3-1.

Still the Frenchman lived with the occasion, and showed plenty of Gallic flair to level it again, 3-3. He took the match to Wawrinka with a couple of fine passes, drew an error from the Swiss, and broke to serve for the set. Humbert seized his chance, 6-4, and the Swiss broke his racket in half across the knees that, this time last year, were recovering from that surgery.

After an exchange of breaks at the start of the third, Wawrinka broke again, and the inexperienced youngster began to flag just a little as the Swiss opened a 5-2 lead. The Swiss had stacked up 43 unforced errors thus far, but he served it out, 6-3.

Both now took advantage of the 10-minute heat-break, and it began to look as though this young Frenchman might take the match to a fifth. They headed to 4-4, and Wawrinka broke, only to hand the break straight back. The Swiss, though, had the bit between his teeth, broke once more, and served out a sweat-drenched win, 7-5, after three hours 20 minutes—his 40th match-win at the US Open, and his ninth in a row in New York.

But as an unseeded player, things do not get any easier. Wawrinka next plays No25 seed Milos Raonic, still also working his way up the ranks after repeated injury problems. Indeed the Canadian also missed last year’s Open, but this year, he beat Gilles Simon, 6-3, 6-4, 6-4, to reach the third round.

But talking of injury and former champions, the return of Andy Murray to the site of his first Major victory in 2012 has been a long time coming. He, too, was unable to play last year as the hip injury that ended his season at Wimbledon kept him off the tour for a year. He resorted to surgery in the aftermath of his planned return at the Australian Open, and finally got back into harness at Queen’s—yet could not play Wimbledon.

Murray was still No1 a year ago, but he plunged to 839 this July. However, his battling efforts in Washington showed that the Briton was on his way back. Fortunately, he enjoyed a protected ranking straight into the main draw, and he came back from a set down, 6-7(5), 6-3, 7-5, 6-3, in his first Major match in 14 months.

That set up a tough test with No31 seed Fernando Verdasco, the kind of player who has power and intensity to spare but can blow hot and cold, and can blow winning situations with nerve-jangling tightness and loss of focus.

Sure enough, the 34-year-old Spaniard came out with intent, despite only one win in 14 matches against Murray, back in 2009. A forehand winner earned him a quick break, though Murray broke straight back, but Verdasco got another chance just as it looked like a tie-break conclusion. He faced down a break point to serve out the set, 7-5, after an hour in baking 35C+ conditions.

The second set began with an exchange of breaks, but then Murray edged a 5-2 lead, and broke again to level things, 6-2.

Both men were drenched in sweat, and Murray berated himself to greater effort after giving up a break at the start of the third set. Another exchange of breaks, and the Spaniard maintained the lead to serve it out, 6-4.

Time then for a heat-break, though Murray was hot and bothered with the officials and his box. But although he looked the more depleted of the two, the Briton battled to 3-3 before conceding the break after more than three hours. Could Verdasco serve out the victory?

So began the longest and most tense game of the match, one that saw three break points come and go, six deuces, storming forehand winners, net finishes, and a double fault followed by a time violation. But finally, Verdasco won on his third match point, 6-4, with a closing tally of 52 winners.

The Spaniard, into the third round in New York for the first time since 2012, will now have to tackle another former US champion in Juan Martin del Potro.

The big Argentine, who was barely out of his teens when he won in 2009, has had more than his share of injuries, too: multiple surgeries to his wrist, frequent comebacks and setbacks, but this year has shown the formidable form that is capable of downing anyone.

Thirty-eight match-wins this season do not lie, nor does his run through the Acapulco and Indian Wells fields to claim his first Masters title and the scalps of four top-10 players, including Federer.

The Argentine went on to beat John Isner and Marin Cilic at the French Open, and made the final in Los Cabos in preparation for the US Open.

He beat Denis Kudla in under two hours, 6-3, 6-1, 7-6(4), and continues to look a real contender for the title after his semi-final run last year. He has beaten Verdasco in four of their five matches, but the last, also on hard courts last year, needed a final set tie-break. If the Spaniard brings his best game, it could be another no-holds-barred contest.

Both Azarenka and Venus Williams cruised to the third round in straight sets, but defending women’s champion Sloane Stephens had a harder time of it against Anhelina Kalinina, who was playing in her first Major main draw.

The American opened play in the heat of the midday sun on Arthur Ashe, but she sprayed errors in the opening set against the 134-ranked Ukrainian, and finally conceded it, 4-6. Stephens began to find her rhythm in the second set, but despite taking the lead, Kalinina broke back twice to level.

Stephens eventually served out the set, 7-5, but after a heat-break, the start of the third was a tense affair, with both women fighting to hold onto their opening games. That done, Stephens opened clear water to advance, 6-2.

She must now take on Azarenka, who leads their head-to-head 3-2, but their last two meetings this year have gone to Stephens.