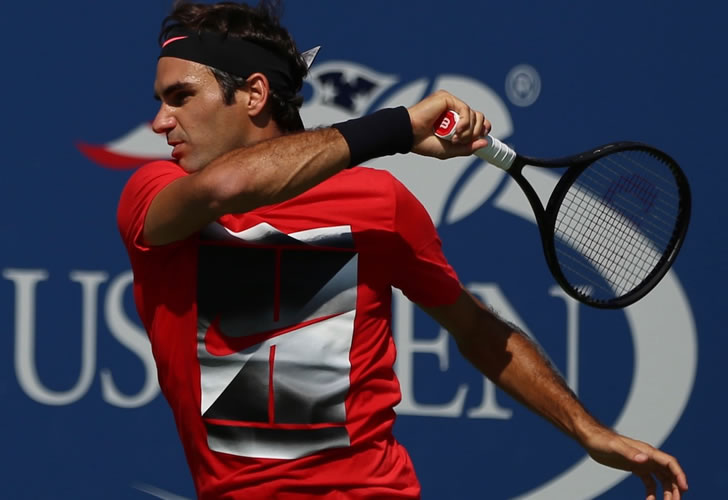 As soon as the draw for the US Open was made, a number of showdowns jumped off the page, as was always likely to be the case in a field where former champions Andy Murray and Stan Wawrinka were unseeded time-bombs.

Sure enough, there was another first-round meeting between Wawrinka and Grigor Dimitrov, and just as at Wimbledon, the Swiss upset the applecart.

And there was Andy Murray with a possible second-round match against No31 seed Fernando Verdasco, who had given him some tough tests on some of the biggest stages, including two five-setters in Majors. The Spaniard was again up for the fight and battered Murray out of the tournament in four sets.

A heart-breaker of an opener appeared at the very top of the draw, between world No1 and defending champion Rafael Nadal and his old friend and compatriot, unseeded David Ferrer—who had already announced that this would be his last Major tournament, his 63rd. It was, as expected, a one-sided affair, with the injury that had disrupted Ferrer’s last year playing its trump card: He retired in the second set.

At the other end of the age spectrum, fellow teenage Canadians would meet for the first time on the main tour in the first round, and the seeded Denis Shapovalov also came through via retirement against Felix Auger-Aliassime.

And there were plenty who looked forward the second meeting between young talents Daniil Medvedev and Stefanos Tsitsipas. Their first in Miami ended in a verbal showdown—after the elder Medvedev came back from a set down to win—and the unseeded Russian again got the better of his high-profile, and now seeded, opponent.

Top of the pile of questions before, during and after the draw, however, was where would No6 seed, former champion and the Wimbledon and Cincinnati titlist Novak Djokovic fall. He dropped into the quarter of Roger Federer, his victim in that Cincinnati final. It promised, for most pundits, the quarter-final match of the men’s draw.

Before that, however, came perhaps the most anticipated third-round match, and again it fell to five-time champion and world No2 Federer to defend his ground, and against the charismatic, super-talented, but unpredictable No30 seed Nick Kyrgios.

The Australian with a huge personality and serve, with power and touch, with flair and fire, has counted many big scalps in his resume. He beat Djokovic in both their matches, Nadal in two of their five matches, and a below-par Murray at Queen’s this year. He had also beaten other top-10 opponents: Grigor Dimitrov, Alexander Zverev, Milos Raonic and Wawrinka.

And he had beaten Federer.

What is more, in their three previous matches, eight of the nine sets had gone to tie-breaks, including all three deciders, with Kyrgios coming out the winner in the first of the matches in Madrid. Add in the finale to the Laver Cup last September, and there were even more tie-breaks, Federer edging the champion’s tie-break to seal the trophy.

They had played as recently as June on the grass of Stuttgart, an emotional match that reclaimed the No1 ranking for Federer after he had topped the charts on this way to the Rotterdam title in February. The Swiss went on to win in Stuttgart, the 98th in his career, but hopes of making his century through the grass swing were not to be.

Just as he had failed to defend his Indian Wells and Miami titles, he failed to defend in Halle and at Wimbledon, as a little of his famed focus, speed and ruthlessness seemed to slip. He did not attempt to defend runner-up points in Toronto, and after a taxing schedule in Cincinnati, lost out to Djokovic in the final in a strangely error-strewn match.

Along the way, the Swiss turned 37: perhaps at last, age was starting to slow the well-oiled machine.

Thus far in New York, he had not had too many problems, though there were some ragged serving moments before he closed out the third set against Benoit Paire. But the Swiss would have to find his old form, and soon, if he was to beat Kyrgios—a man 14 years his junior—and beat him without too many tie-breaks. After all, his old rival Djokovic loomed in Week 2.

Both asserted their serving prowess in the first few games. Indeed Kyrgios, owner of one of the most free and fast serves in the business, completed his second service game in 39 seconds. The Australian was just as determined to apply speed to his return of serve, and had Federer at deuce in fifth game. And then came what promised to be a turning-point in the seventh game.

The Swiss faced 0-40 courtesy of a string of second serves, levelled for deuce, but thumped a forehand long to offer Kyrgios another chance. Federer survived four more deuces, and finally held after more than nine minutes. All the old focus, speed, and ruthlessness had gelled again—and would drive him to his best tennis in perhaps the last six months.

Kyrgios threw the pressure back on the Swiss with another love hold, but this time, Federer was sharpened for the fight, also held to love with a serve and volley on a second serve, and turned the tables on Kyrgios. On a second break point, Federer slotted a chipped backhand return of serve down the line to break for the set, 6-4.

Kyrgios was livid with himself, berated his team for his errors, and continued to mutter through the next four or so games—by which time, the grooved Federer fed the Australian’s frustration with a couple of drop-shot winners, and super-sharp reads of the Kyrgios serve. In the blink of an eye, the Aussie was two breaks down, and faced two set points, too, only to suddenly refocus. He made three aces to win his only game of the set, but Federer, not to be outdone, aced to hold, 6-1. He had made just three errors for 16 winners in the set.

The third set would ignite the Arthur Ashe arena. Federer, freed up by the score and his level of play, looked almost impenetrable. His first serve was on song—21/24 won on first serve, 4/5 on second—and the more spectacular and unexpected the tennis of Kyrgios, the more Federer responded in kind.

In the seventh game of this set, it was the Aussie who faced break point and multiple deuces, thwarted by some stunning sprints and pick-ups by Federer. Few who saw it will forget the Swiss forehand flick just inches from ground around the post, nor the winning backhand pass from a deft drop-shot. Kyrgios stood with arms akimbo, mouth agape; the Arthur Ashe arena exploded: Federer allowed himself a small smile.

The Swiss, in the event, did not break, and the set looked destined for familiar territory, a tie-break. But no: with perfect timing, Federer saw his chance after a 50-second hold of serve to buckle the Kyrgios serve. The Swiss closed it out, to love, with his 16th ace, more even than Kyrgios.

The Australian may have deemed his winner/error stats as very respectable, at 32/35. But he was knocked out of the park by Federer’s, 51/24, and the Swiss trumped the stats with his 21/25 points won at the net.

It was also, incidentally, Federer’s quickest win so far, and took him to into the fourth round for the 17th straight year. There, he will face another Aussie, the unseeded John Millman, who beat Mikhail Kukushkin, 6-4, 4-6, 6-1, 6-3, to reach the fourth round of a Major for the first time.

He will climb, at the age of 29, to a new career-high ranking inside the top 50, after New York. But his chances of denying that Federer clash with Djokovic? Slim, it has to be said, especially as Federer revealed he had invited Millman to train with him in Switzerland this summer. He said with a broad grin:

“I’m very happy he’s got to the fourth round… but now I’ll try to stop him!”

And Djokovic, in the night session, would expect to keep up his side of the bargain when he faces Richard Gasquet. The Serb has lost to the Frenchman just once in 13 meetings—back in 2007. The fourth round will bring the winner between Lucas Pouille and Joao Sousa.