US Open 2020: Can Serena Williams finally win No24 in a field missing three top-five players?

Johanna Konta draws only other Briton in the draw, Heather Watson, in Round 1 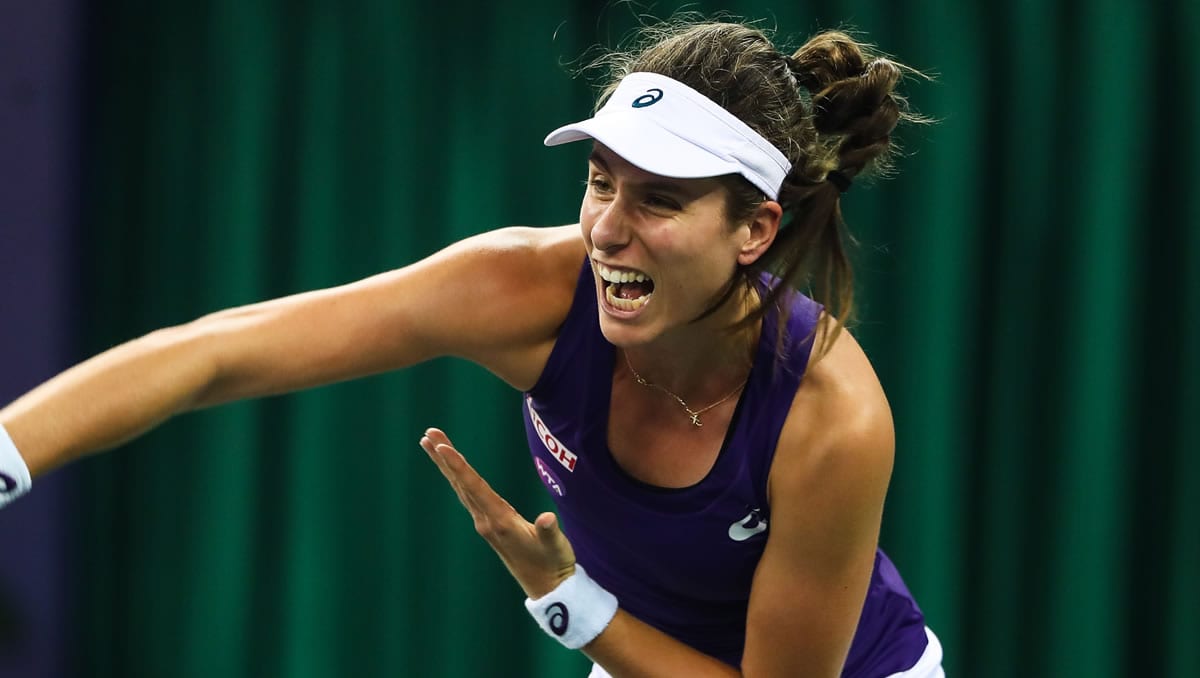 It will be a very unusual line-up of 128 women when main-draw action at the 2020 US Open gets underway on Monday morning.

World Nos 1 and 2, Ash Barty and Simona Halep, along with defending champion Bianca Andreescu, are among no fewer than six of the top eight who have taken the decision not to visit New York for the first Major since the Australian Open in January.

The coronavirus pandemic, which closed down all of tennis from March through to August, continues to loom heavy around the world, and in the USA in particular.

In any case, with the French Open and its clay overtures rescheduled for the weeks immediately after the US Open, many women had opted to stay put and focus on the red stuff.

Those who have made the trip to New York will hardly recognise the usually loud and bustling Flushing Meadows: the strict bubbles across hotels, transportation, and the entire Billie Jean King National Tennis Center have seen to that. Even the press conferences will be held at arm’s length via Zoom.

But the eyes of many fans, albeit remotely, will still be following the progress of one woman in particular.

Since winning her 23rd Major in Australia in 2017 while two months pregnant, Serena Williams has reached four Major finals, two of them at her home tournament. But she has yet to equal Margaret Court’s record 24. What better place and what better opportunity to do so than at her home Major?

The five-time US champion may have played little since the Australian Open, but she started to pile on the hours in the run-up to her latest New York campaign. In Lexington, she reached the quarters via three three-setters. This week in the Cincinnati draw—played on the same courts as the US Open itself—she played two more gruelling matches, falling to Maria Sakkari in the third round.

Her draw will certainly test her fitness, with a potential third-round clash with former champion and No26 seed Sloane Stephens, and then possibly Sakkari again in the fourth round. Her quarter also holds No7 Madison Keys and No10 Garbine Muguruza, who are lined up for their own fourth-round clash. Muguruza, incidentally, has scored the most top-10 wins so far this year, en route to the Australian Open final.

If Williams makes the semis, she will find the last woman standing from a plethora of Major champions. The only Major champion of the year, Sofia Kenin, heads the bottom of the draw as No2 seed, but shares her eighth with Elise Mertens—currently in the semis in Cincinnati, and with 19 match-wins in 2020 to her name—and wild-card Kim Clijsters, though the three-time US champion who has twice come back from retirement picked up an abdominal strain this week.

Head to the quarters, and Briton Johanna Konta—playing some very fine tennis on these courts in the Cincy draw this week—plus Aryna Sabalenka, the evergreen Venus Williams and a resurgent Victoria Azarenka, will be vying for the semis.

So what of the top seed Karolina Pliskova? She is a former finalist at the US Open, but has some tricky early matches against the likes of Caroline Garcia and Jennifer Brady.

Next up may be a returning Angelique Kerber, former champion but without a tour match since the fourth round of the Australian Open. No13 seed Alison Riske is also dangerous, while No8 seed Petra Martic and last year’s Roland Garros runner-up Marketa Vondrousova top out the other seeds here.

This half is headed by the woman of the moment, 2018 champion Naomi Osaka, whose stand as a woman of colour in response to another police shooting in the USA this week made headlines around the world.

The No4 seed this week, Osaka will open against Misaki Doi in an all-Japanese match-up, and could face another young woman who has made a name for herself by speaking out for human rights during lockdown, Cori Gauff, in the third round. It would be a repeat of their 2019 meeting, which was a sweeping win for Osaka, but also of this year’s Australian Open third round—a victory for Gauff.

As a side-show to Williams’ headlining campaign, the Osaka/Gauff storyline is as compelling as any in the draw.

Potential seeds absent from draw: No1 Barty, No2 Halep, No5 Elina Svitolina, No6 Andreescu, No7 Kiki Bertens, No8 Belinda Bencic, No29 Qiang Wang, No30 Anastasia Pavlyuchenkova, No31 Barbora Strycova, No32 Svetlana Kuznetsova, No34 Saisai Zheng, No38 Julia Goerges. [NB another 11 top-100 players are also absent.]

Britons in draw: No9 seed Konta vs Heather Watson

US Open 2020: The setting is strange, but it’s a familiar story for Novak Djokovic