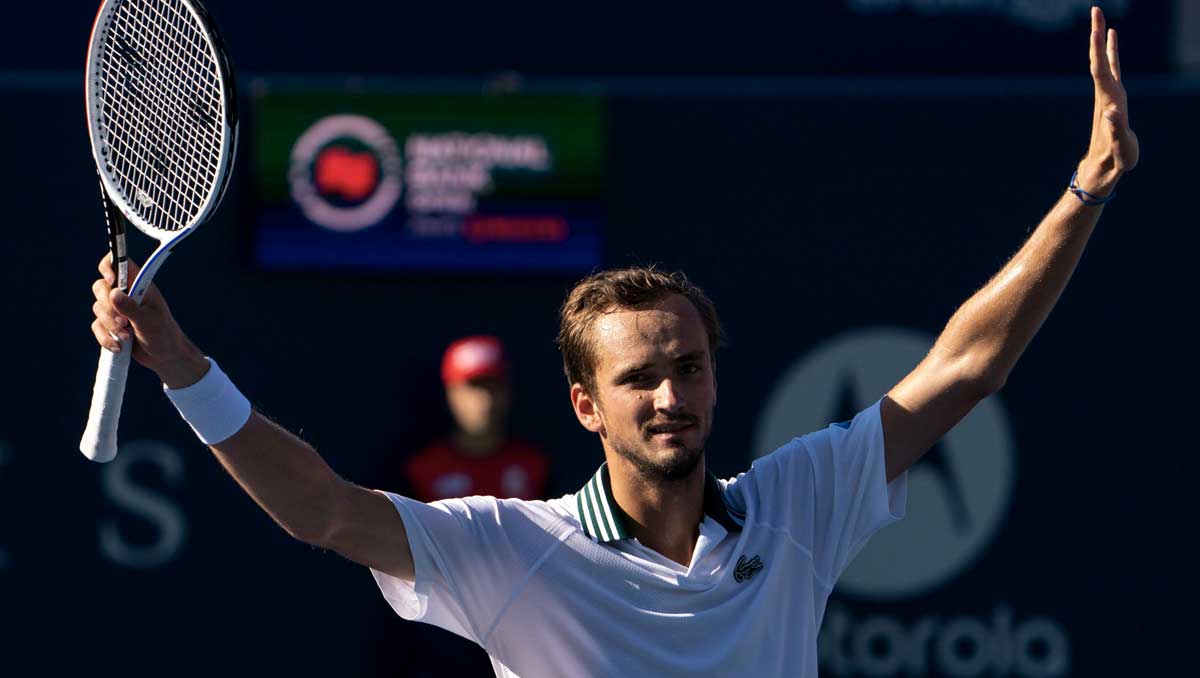 To say that this year’s US Open has been memorable is perhaps the biggest understatement tennis will face in 2021.

There were notable gaps among in the personnel: No former champions Roger Federer, Rafael Nadal, Serena or Venus Williams, Stan Wawrinka, nor even men’s defending champion Dominic Thiem.

Another former champion, Andy Murray, still working his heart out after long and repeated injury setbacks, showed every ounce of fighting spirit in a cruel draw: Round 1, No3 seed Stefanos Tsitsipas, five sets, and just 10 minutes short of five hours.

The favourites for the women’s title, No1 Ash Barty and defending champion Naomi Osaka, out by the third round—as was Tsitsipas.

And while many more top seeds were scattered to the four winds before the second week—Andrey Rublev, Casper Ruud, Denis Shapovalov, Petra Kvitova—there was a big story emerging: the teenagers.

Witness the record-making women’s final, a thriller of a match between 18-year-old qualifier Emma Raducanu and the 73-ranked 19-year-old, Leylah Fernandez. The packed Arthur Ashe stadium could not believe its luck—and nor could tennis fans around the world.

Youth enjoyed its day on the men’s side too, as the 55-ranked 18-year-old Carlos Alcaraz stormed through the draw, having only broken into the top 100 in May. He it was who put out Tsitsipas, and No26 seed Cameron Norrie, before falling in the quarters to another young star rising to the Major occasion, Felix Auger-Aliassime. Only just turned 21, this compatriot of Fernandez finally bowed out in the semis to No2 seed Daniil Medvedev.

The tall Russian’s progress through from the bottom half was no surprise, but would the tournament see the top two seeds contest the title for the first time since 2015? Indeed they would. Amid all these fresh faces and headline makers, one player stood the test of time and all-comers, and remained poised to make this US Open uniquely memorable.

Novak Djokovic, world No1 for over a year, and with an ever-growing tally of 337 weeks at the top, had been building to this moment all year. With his ninth Australian Open in the bag, he went on to achieve another milestone at Roland Garros: the first man in the Open era to win two career Grand Slams.

He was now just one Major short of the record 20 achieved by both Federer and Nadal: That was remedied with a sixth Wimbledon title in July: Three men, all with a record 20.

Meaning that the US Open could bring a remarkable convergence of records for the Serb: a record 21st Major title, and with it the calendar Grand Slam—something achieved only by Rod Laver in the Open era, and achieved by only one other man,

Don Budge, way back in 1938. Even so, Djokovic would be the first to win the set on three different surfaces, hard, clay and grass.

So at one fell swoop, Djokovic could hold all the key men’s tennis records, and in an era of unparalleled achievements from Federer and Nadal.

Not that his anticipated progress to the final had been seamless: Only one of his matches, in the second round, had been won in straight sets, and his semi-final against No4 seed Alexander Zverev took him the distance, but produced his best tennis of the fortnight.

But he was building a nice head of steam, with plenty left in the tank after taking a well-earned break following his Olympic campaign in Tokyo. After all, since May he had reached the final of the Rome Masters, then won Belgrade, Roland Garros and Wimbledon back-to-back, before falling a match short of Olympic bronze.

In Medvedev, however, he faced one of the toughest challenges on tour. The Russian, already twice a Major runner-up—including to champion Djokovic at the 2021 Australian Open—had sailed to his latest final, dropping only one set. He also hit a rich streak of form ahead of New York, winning his fourth Masters title in Toronto before reaching the semis in Cincinnati.

The Russian had tested the Serb before, notching up three wins in their last five matches, but this was best of five, where Djokovic had proven the most resilient.

Perhaps the scale of the record he was chasing made Djokovic more tense than usual. A couple of double faults, a few wayward forehands, and Medvedev broke in the first game, and held for 2-0. The Russian then had two more break chances, but the Serb found a couple of pin-point aces to stave off the danger.

Both then settled into a fine serving rhythm, but Medvedev was near impregnable, leading 5-3 with just two points dropped on serve. He dropped only one more in serving it out, 6-4, in 35 minutes.

Djokovic seemed to steal a march at the start of the second, holding with ease and working 0-40 against Medvedev. But the Russian took the next five points to hold, leaving the Serb to pound his thighs in frustration.

Djokovic had another break chance in the fourth game, but could not capitalize and this time smashed his racket and earned a warning. Instead, Medvedev powered returns in the fifth game to break, then held to love, 4-2. He went on to serve out the set, 6-4.

The crowd was solidly behind Djokovic, but Medvedev retained his cool in the face of some noise on serve. He also contained some net attacking tactics from the Serb, who was cranking up an unusual number of errors for winners.

Medvedev won a testing rally to break at the start of the third set, though Djokovic tested the Russian’s legs and focus with a growing number of drop shots, and some increasingly powerful returns of serve. Medvedev held and then broke again, with Djokovic not on the board until the fifth game, 4-1.

Medvedev had to contend with shouting fans in an edgy sixth game of missed first deliveries, but managed another hold: one game short of an historic victory.

Inevitably, the crowd became even more involved as the Russian served for the match, drawing a double fault and more errors for the break back. Djokovic could not suppress a smile as he sat down to a wall of cheering after holding for 5-4.

Medvedev had one more chance, and it was another tight service game. He tried to ignore the noise, tried to find a first serve, double faulted on match point again. But he finally converted a third match point to dash Djokovic’s dream and thereby create history of his own, 6-4.

This year’s US Open began with an unprecedented storm, as Ida deluged the courts of Flushing Meadows—even the newly roofed Louis Armstrong—and stranded fans and players wherever they happened to be.

It ended with another storm named Medvedev and Raducanu—tennis’s two brand new Major champions. And Djokovic spoke for many at this last Major of 2021:

“I wish you many more Majors to follow, and I am sure you will be on this stage again in the future.”