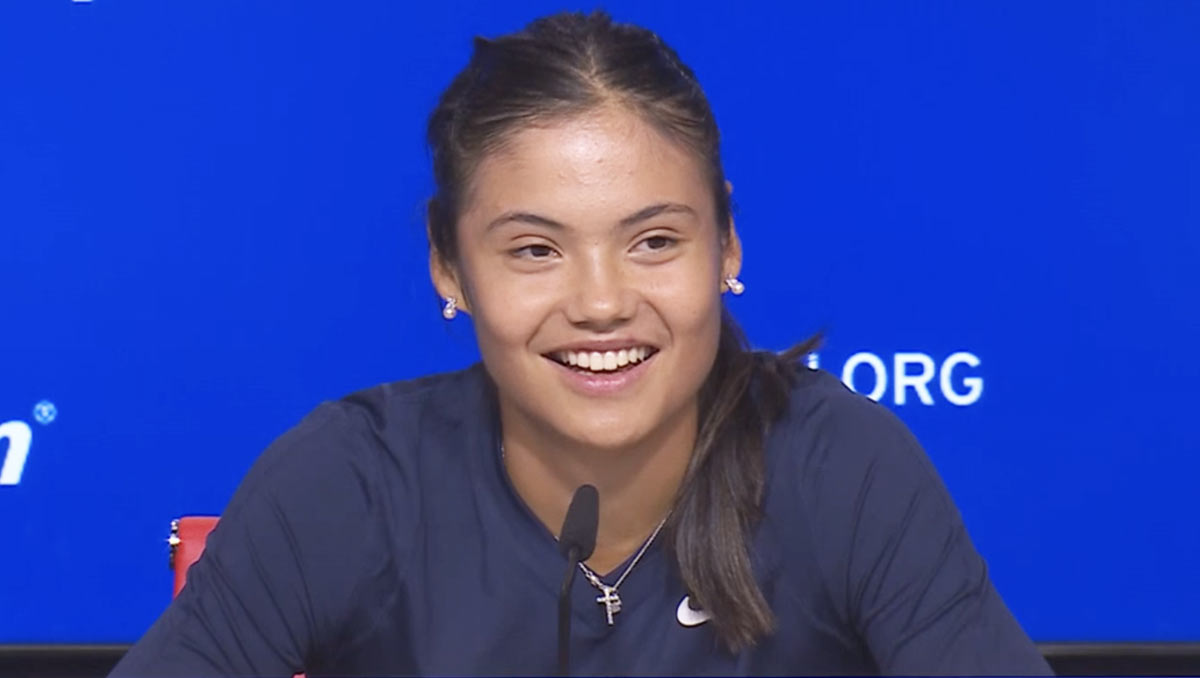 It was just 10 or so weeks ago that the British teenager Emma Raducanu made her WTA debut on the home turf of Nottingham—ranked around 350 in the world.

It was barely two months ago that she entered her first Major tournament, Wimbledon, with a wild card, and began to create headlines almost immediately. She became the youngest British woman to reach the fourth round in the Open era, before she was forced to retire in the second set against Ajla Tomljanovic.

Come August, and the teenager reached the final of the WTA125 in Chicago, and her rise to 150 in the ranks earned her entry to qualifying at the US Open.

Along the way, Raducanu had taken and passed with top grades her A levels in Maths and Economics, but such is the calm, cheerful demeanour of the young woman born in Canada to a Romanian father and Chinese mother that it all seemed the most natural thing in the world.

Perhaps after her summer performance, it did not surprise many followers that she made it through three qualifying rounds without dropping a set.

The main draw also opened up nicely when her scheduled first seed, No14 ranked Jennifer Brady pulled out injured, to be replaced by the 128-ranked Stefanie Voegele. Indeed Raducanu did not face a seed until the quarters after Shelby Rogers put out the top seed and favourite, Ash Barty.

Raducanu nevertheless cruised through three top-50 women, then dismissed the in-form Olympic gold medallist and No11 seed, Belinda Bencic, all without dropping a set—indeed losing no more than four games in a set—and spending well under an hour and a half for each match.

By reaching the semis, she had won plenty of vocal support from the New York crowd, and already broken records: the first British woman to reach this stage since Jo Durie in 1983; the youngest US Open semi-finalist since Maria Sharapova in 2005; the new British No1 after overtaking Johanna Konta to reach a new ranking of around 32.

Her latest triumph, her ninth in a row at Flushing Meadows, was just as cool, calm and collected, and elicited what has now become her signature celebration: dropping her racket to the court and covering her beaming smile with both hands.

She has still yet to drop a set, still to lose more than four games in a set, and still to take an hour and a half to win a match, after beating the confident, super-fit Greek No17 seed, Maria Sakkari, 6-1, 6-4, under the lights of the vast Arthur Ashe stadium. 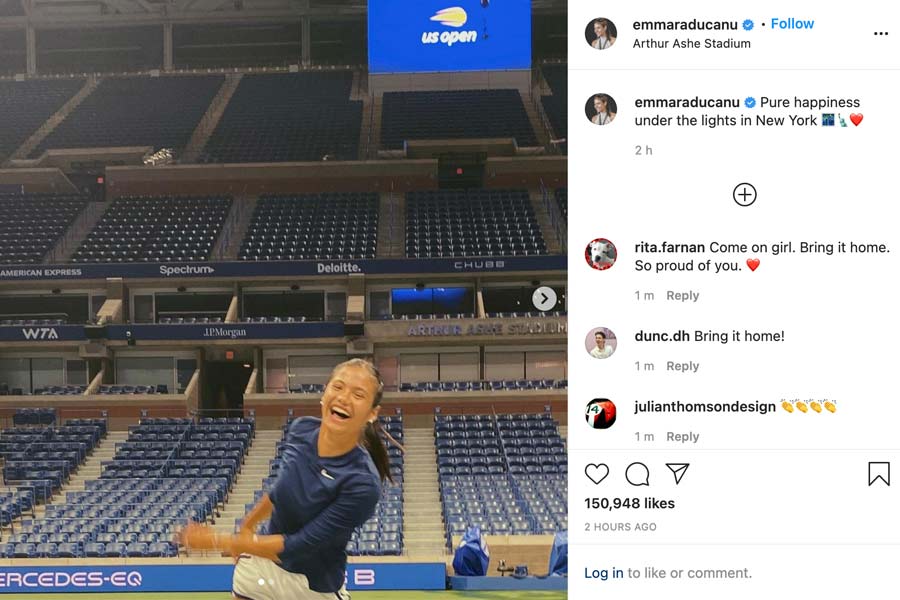 And while a night match on Ashe is as iconic a tennis scene as any in the world, Raducanu has soaked it all up as though born to it, clearly relishing every moment of this journey.

After this win, she said:

“I think honestly being young, there is an element of you do play completely free. But I’m sure that when I’m older or have more experience, the same will happen to me. I think the tables will turn. Some younger players will come through.

“Honestly right now I’m just thinking of the game plan, how to execute. That’s what’s landed me in this situation. It hasn’t been focusing on who’s expected to win this match or that one. I think it’s just taking care of the day. That’s what I’m doing quite well at the moment.”

In truth, she is doing ‘quite well’ at a lot of things, not least in winning over growing legions of fans with her relaxed and cheerful handling of the media tsunami, too.

Hard to believe that this is just her fourth tour-level event, her first US Open, the first Major final for a British woman in 44 years, and the first New York final in 53 years, since Virginia Wade in 1968.

Wade, who has watched the young British star from the front row of Arthur Ashe arena, went on to win the title in that year, beating none other than defending champion Billie Jean King, who went on to win three more US Open singles titles and see the entire tennis complex at Queens named in her honour.

If Raducanu is to win this year’s title, she will have to play another young star who has set New York alight this summer, Leylah Fernandez—who is just two months older than the Briton.

The charismatic Canadian, a former French Open junior champion, won her first title earlier this year in Monterrey, having reached the second round at last year’s US Open and then the third round at Roland Garros.

That ensured a ranking that took her straight into this year’s main draw, No73, but she was soon showing that her left-handed, early-strike game was of a far higher calibre than her ranking.

She was drawn in the quarter of former champion Naomi Osaka—and not just the same quarter, but the same segment, so she faced the No3 seed in the third round. And Fernandez put in one of the performances of the tournament to win in three sets and more than two hours.

She then faced another former champion, No17 seed Angelique Kerber, and for the second time, battled back from a set down to win in three intense sets after two and a quarter hours.

Next up was No5 seed, Elina Svitolina, and Fernandez needed almost two and a half hour, and another three sets, to reach the semis, and yet another huge challenge in the shape of No2 seed Aryna Sabalenka.

It has, then, been an extraordinary fortnight in New York for women’s tennis—more than a fortnight for Raducanu, of course—and will conclude in a fairytale ending for one teenager come Saturday. They will take to court at 4pm [9pm in the UK], to compete for 2,000 ranking points, for $2.5 million, and for one of the most sought-after trophies in their sport.

It should not be missed.