Ruud takes on Khachanov, Alcaraz to face Tiafoe, in Friday semi-finals—with No1 ranking still in play 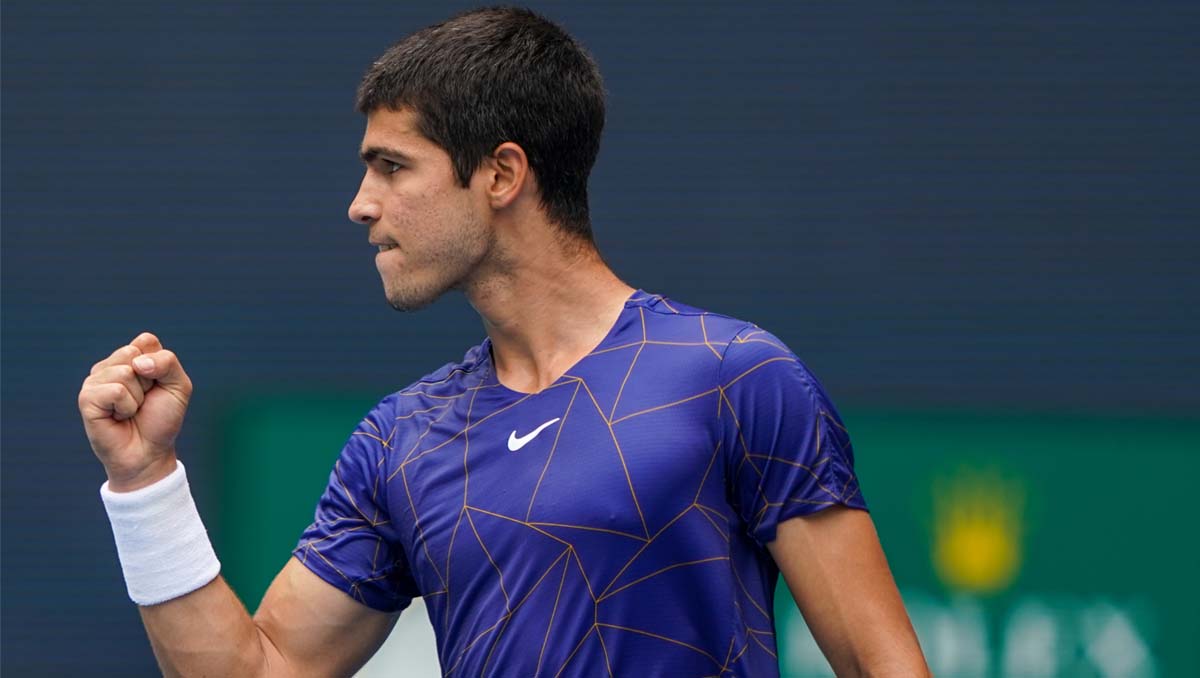 On the morning after the night before, the talk was all of the two young men who had left their all on the biggest stage in their sport, the Arthur Ashe arena in New York.

Carlos Alcaraz, just 19 years old, had only just edged out 21-year-old Jannik Sinner as tennis fans in the UK ate their breakfast. It was approaching 8am, but an astonishing 3am at Flushing Meadows, when the result came through.

It had taken the teenage Spaniard, who had begun to light up the tour with his breakout quarter-final run in New York exactly a year ago, five and a quarter hours to beat the Italian, 6-3, 6-7(7), 6-7(0), 7-5, 6-3. And aside from many misgivings that such a significant match should have drawn these two gladiators so deep into the night—and physical recovery plus media and doping commitments would ensure no welcoming bed before 6am—it surely affirmed what many had foreseen: an outstanding new rivalry to invigorate the coming decade of men’s tennis.

This was their fourth meeting, and their third in two months, and already they had met on all three surfaces as well as indoors. Sinner won at Wimbledon in four sets, and then on the clay of Umag—a three-setter that determined the title—while Alcaraz won on the indoor hard courts of Paris 10 months ago and now on New York’s hard courts.

This last one, though, needed almost 400 points, saw 18 breaks of serve, and rocketed two-time Masters winner Alcaraz to his first Major semi-final and into a provisional No2 in the ranks. It also guaranteed him a place in the ATP Finals for the first time.

As if that was not enough, both men had each come through five-setters lasting almost four hours to reach their quarter-final showdown. Sinner’s match against Ilya Ivashka extended past midnight: tough enough, considering what followed two days later. But Alcaraz’s, against former champion Marin Cilic, became the fourth-latest finish in the tournament’s history, at 2.23am.

Few could have anticipated that he would go on to leave every ounce of sweat on the court as part of what is now the latest finish ever in New York.

More accolades remain up for grabs for the extraordinary Alcaraz. As if the chance to win his first Major come Sunday was not enough, he could also leave New York as the new world No1. That, though, will depend on the performance of another young player who has marched up the ranks in the last 18 months.

The 23-year-old Norwegian Casper Ruud has reached at least the semis of six different Masters during that span, made the final in Miami, and then reached his first Major final at Roland Garros. And he survived his own five-set test in the third round in New York against No29 seed Tommy Paul after almost four and a half hours.

Into the semis after a blistering win over Matteo Berrettini, he was now ranked on the heels of Alcaraz, and if he made the final over Karen Khachanov, and the Spaniard lost his semi against Frances Tiafoe, Ruud would instead claim the top spot. Many, though, hoped for a No1 and US Open title showdown with Alcaraz in the final—with winner taking all.

For now, with all four men’s semi-finalists taking a breather as the women’s semis filled the Thursday schedule, thoughts turned back to victor and vanquished after their epic match.

A heart-breaker of a conclusion for Sinner, of course, and all the more so for the match-point he failed to convert in the fourth set, and that he could not capitalise on a first break in the decider.

As he afterwards said:

“I had some tough losses, for sure. This is in the top list. I think this one will hurt for quite a while.”

Alcaraz, who even given the late hour still signed plentiful autographs for the faithful who had stayed until the end of the marathon, smiled his familiar, huge smile:

“Honestly, I still don’t know how I did it. The level that I played, the level of the match, the high quality of the tennis. It’s unbelievable, the match today…

“I always say, you have to believe in yourself. Hope is the last thing that you lose. I just believed in myself, believed in my game.”

He later paid tribute to the fans and the unique energy of the US Open:

“The energy I received on this court at 3am, it was unbelievable. Probably in other tournaments, other places, everybody go to their house to rest. But they stayed on the court, supporting me. It was unbelievable…

“I feel great to be in my first semi-final in a Grand Slam. I feel better reaching the semi-final here at the US Open. This tournament is amazing. The crowd is amazing, I would say the best in the world.”

The two men’s semi-finals will be played at 8pm and midnight GMT respectively on Friday.