US Open 2022: No stopping Williams on farewell New York ride, taking out No2 seed Kontaveit

Serena joins sister Venus for double celebration, then faces Tomljanovic in bid for Round 4 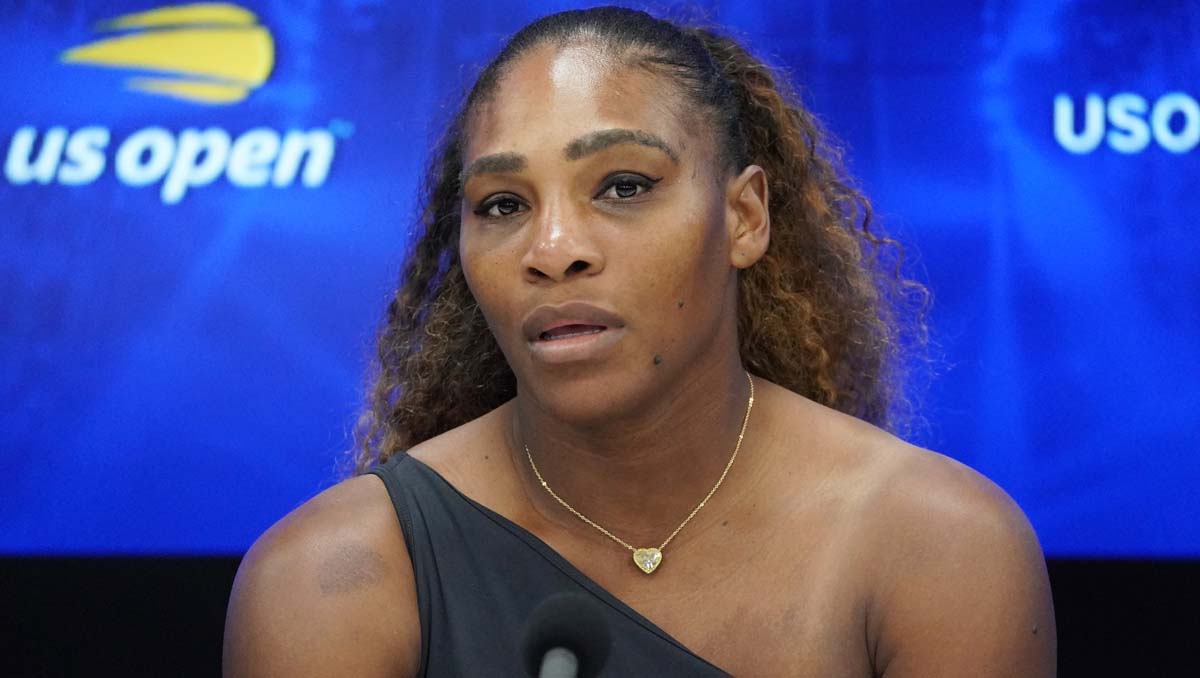 For so long has Serena Williams dominated her sport—and she played her first full set of Majors 24 years ago—that she must have played 100s of different opponents on her way to 23 Major titles, five WTA Finals titles, 23 WTA1000s, plus Olympic gold and 21 further ‘regular’ titles.

Many of those opponents, including many younger ones, are now long retired, including the other three Major champions in the year Williams won her first at the US Open in 1999: Martina Hingis, Steffi Graf, Lindsay Davenport. She beat all three of them that same year, too, but in the glorious count-down to her very last matches on the same stage this year, Williams continues to add new names to her resume.

Indeed since Roland Garros last year, where Williams was beaten in a first-time meeting with Elena Rybakina—who went on to win Wimbledon this year—she had played only six matches, and five of them were once-in-a-lifetime occasions.

Perhaps the most notable, and most emotional, of those debut showdowns took place a fortnight ago in Cincinnati, where the almost-41 Williams played teenager Emma Raducanu. The young Briton won her own first Major title at the US Open last year, and now beat the former champion handily. But it was not the result that mattered to her.

Raducanu summed up the emotional import of the match:

“You have to cherish the moment, and you’re going to have this memory for the rest of your career. I was just really trying to make the most out of every single point and give myself the best memories of when I played Serena once.”

It sums up how each opponent now feels, playing in the knowledge that Williams will not feature in another tournament after this US Open. The current world No1 Iga Swiatek longed to meet her idol, and finally plucked up the courage for a selfie at Flushing Meadows, posted on Twitter:

“So… this is the highlight of my day. Congratulations on your amazing journey and legendary career @serenawilliams. Huge respect for everything that you have done for our sport.”

But her chances of playing Williams remained desperately remote. For even if Swiatek reached the final, it would need the six-time US champion to do the same—and even Williams’ most ardent fans would probably dismiss that as fairy-tale thinking.

Yet this week already, playing just her fourth match since retiring at Wimbledon with a leg injury 14 months ago, she had one win in the bag. It was, again, a first meeting, with 80-ranked Danka Kovinic, and while it was not Williams’ greatest performance, the Arthur Ashe arena, primed for the finale should it materialise, was pumped and joyous as only New York crowds can be.

And in fairness, Williams was also primed for the occasion as only she can be. Attired in diamond encrusted black—from hair to Nike trainers—she was in the mood to celebrate but, it transpired, in the mood to fight, too.

So she returned to Arthur Ashe for a second high-octane entry, ready to tick off yet another first, but this time of an altogether more formidable stature: the No2 seed Anett Kontaveit.

Like all those who have gone before, the Estonian, whose impressive 2021 season took her to the final of the WTA Finals last November, admitted she was excited at the prospect of playing Williams:

“I was really rooting for her to win today. I’ve never played against her. I mean, this is the last chance. Better late than never.”

Perhaps in Williams’ favour, though, was that, despite winning four titles last year, Kontaveit had not enjoyed deep runs since winning St Petersburg and reaching the Doha final this February. Through Toronto and Cincinnati, she had only one win before sweeping aside No76 Jaqueline Cristian in New York.

However, her record on hard-courts overall was outstanding. Kontaveit was the only player with over 50 hard-court wins since the start of 2021, and she owned a total of five titles on hard courts, all won in the past 13 months.

That, then, was the scale of the task for Williams, but with a second record-breaking crowd behind her, she came through an edgy opening set in dramatic style.

Kontaveit had to battle long and hard, fending off break points, to hold serve in an 11-minute seventh game. But at the next time of asking, Williams did get the break, and the Ashe arena exploded as she served for the set. The import of the occasion perhaps hit the champion, though: a poor game handed the break back.

However, the fans were soon on their feet again as she sealed the tie-break with an ace, 7-6(4). But did Williams have the stamina and fitness to maintain her momentum?

Initially, the answer looked negative: Kontaveit, 14 years Williams’ junior, broke twice, 3-0, in the second set and after conceding one of the breaks back, she broke again, and served it out confidently, 6-2.

Williams took a comfort break, and it seemed to revitalise her: She broke for 2-0, only to be immediately broken back. Yet she had the bit between her teeth, and with one more break under her belt, 3-1, she went on to break to love as Kontaveit wilted under the physical and emotional pressure: 6-2.

It would be another of those former opponents, Mary Joe Fernandez, who asked the questions in front of a jubilant Ashe crowd: Fernandez beat Williams in their only meeting—yes, in 1999.

It was taking some time to ‘evolve away’ from tennis, Fernandez said:

Williams continued, with the understatement of year:

“I’m a pretty good player. This is what I do best. I love a challenge, and I’m rising to the challenge.”

She will have at least two more opportunities to enjoy herself in front of an adoring Ashe crowd. First, it will be with that other evergreen veteran, and one of the few from the 1999 era to still be playing, sister Venus.

The elder Williams, now 42, won the next two US Open singles titles in 2000 and 2001, plus five Wimbledon titles, and the two have paired up with a wild card in doubles—an exclusive partnership that has yielded 14 Major titles, the first in that same 1999.

Then Serena will play the 46-ranked Ajla Tomljanovic on Friday. It is again, of course, a first-time meeting.

US Open 2022: Murray into third round for first time in six years, ‘Best I’ve felt in the last few years’