US Open preview: Rivalries to relish in Murray/Djokovic & Nadal/Federer

US Open preview: Marianne Bevis looks ahead to the final Grand Slam of the year, where Andy Murray is the defending champion 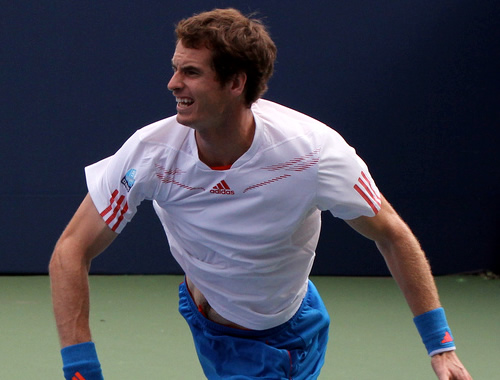 This time last year, as the tennis tour headed to its final Grand Slam, almost everything in men’s tennis had a very familiar ring.

‘The big four’ were at the top of the rankings, Roger Federer was ensconced at No1 after winning his seventh Wimbledon title, and his two partners in crime, Rafael Nadal and Novak Djokovic, had pocketed the French and Australian titles.

Their blanketing of the Major titles since 2005, aside from Juan Martin del Potro’s 2009 US Open win, remained intact. Indeed since the Argentine’s triumph, a different name had appeared in a Major final only twice.

The fourth man, Andy Murray, had been knocking at the door for so long that winning his first Major in New York merely served to strengthen the dominance of the quartet over everyone else. But things were about to change.

It happened slowly at first, but a year on, the US Open has taken on a distinctly different look from the Slams of recent years.

Who thought Federer would win just one title, and a 250 at that, since then, and arrive in New York ranked No7 for the first time in 11 years?

Who expected Nadal to be absent for seven months, start his season in February ranked No5—his lowest in six years—but then win nine titles to return him to No2 in time for New York? And who could have guessed that three of his five Masters titles would come on North American hard courts.

And while David Ferrer has toiled for years to break the glass ceiling, it seemed a fruitless task until Nadal’s absence gave the 31-year old his opening into the top four at the start of the season. But to go on and reach his first Grand Slam final in Paris and achieve a career-high No3 during Nadal’s 2013 surge, that was rather more of a surprise.

The 2012 US Open brought the shock retirement of former champion Andy Roddick, and then the withdrawal of an ill Mardy Fish, who had qualified for the World Tour Finals just the season before. Both big American names are missing this year.

The interim 12 months has also seen the arrival of several mature risers: the 32-year-old Tommy Haas, ranked 22 last year, now at 13; Stan Wawrinka up at a career-high No9; Richard Gasquet close to the No7 he reached in 2007; Tommy Robredo up 100 places over last year to claim a seeding of 22.

A few younger names have made their move up the rankings since the 2012 US Open, too: Jerzy Janowicz from 91 to 15 via his first Grand Slam semi at Wimbledon; Milos Raonic breaking the top 10 last week; Kei Nishikori only just shy, at No12; Ernests Gulbis, ranked 153 last year is seeded No30 here.

The top three hold each of this year’s three Slams, and Murray is defending champion, Djokovic is world No1, and Nadal leads the race by a mile.

And would anyone really count out Federer, troubled on and off by his back since Indian Wells, trying a new racket this summer and then reverting, now apparently 100 percent fit? He certainly looked more like the Federer of last year in his quarter-final against Nadal in Cincinnati—a shot across the bows, if it were needed, ahead of New York.

But then maybe, in a season of such flux, this will be the Slam where del Potro revisits that 2009 glory. He beat Murray and Djokovic at Indian Wells, and then pushed Nadal to three sets. He was one half of the best match at this year’s Wimbledon, a show-stopping five-set semi against Djokovic. He’s also played strongly through the US Open series.

Or there’s an opening, perhaps, for one of those rare Grand Slam finalists, Tomas Berdych, who reached a career-high No5 last week and is improving his all-round power game and mobility with every passing month. He has wins over Murray, Djokovic and Federer this year—though not Nadal.

Put simply, this new-look, vibrant and varied set of seeds promises some compelling stories over the coming fortnight—not least as the top three are all in contention for the year-end No1, while Federer is seeking to qualify for the World Tour Finals for the 12th consecutive year.

The top seed is aiming for his fourth US Open final in a row, his fifth overall. He won the title in 2011, but fell to Murray in a gruelling, blood-on-the-courts final last year.

With Murray ranked No3 this week, however, Djokovic may have to face the defending champion in the semis this time: They have been drawn in the same half.

The pair have become the rivalry of the moment, sharing the top two rankings for much of the year and contesting two other 2013 Slam finals already: Djokovic won in Australia and Murray at Wimbledon.

Both, though, have telling potential quarter-finals. Djokovic has drawn one of the few men to have a US title, del Potro, and the Argentine pushed him to the limit at this year’s Wimbledon. He also beat Djokovic at Indian Wells, but lost their previous three hard-court matches, including the quarters here last year.

Before that cracker of a quarter-final, Djokovic has Ricardas Berankis in his opener followed by either Benjamin Becker or Lukas Rosol. They should pose no problem, but his third-round first seed, Grigor Dimitrov, may ring alarm bells. The talented Bulgarian beat him in three mighty sets in Madrid this year, and continues his steady progress up the rankings.

The fourth round, too, is interesting, against the survivor of two exciting, expressive players in Benoit Paire and Fabio Fognini.

Del Potro has some trip-wires in the shape possibly of Lleyton Hewitt in the second round—the Australian won this title in 2001, three years before even Federer—plus seeds Jurgen Melzer and then either Mikhail Youzhny or Haas, both titlists this year and all square in previous matches. That could be a fine tussle, and should Haas survive, and get past del Potro to the quarters, he may have the chance to beat Djokovic for the second time this year.

This is, without doubt, a heavyweight quarter.

Murray, just like Djokovic, faces the prospect of one his toughest opponents in the quarters, and a man overdue for another deep run in a Major, Berdych. The big Czech, newly at No5, was a semi-finalist here last year but has only gone further in a Slam once.

The big man has beaten Murray in both meetings this year, including last week in Cincinnati, and has a decent draw through to the fourth round. There he should meet one of two mature, rising seeds, Kevin Anderson or Wawrinka. Berdych has met and beaten the former five times this year already, whereas he lost his last match to the No9-ranked Swiss in Madrid this year. Theirs are invariably close affairs—one to watch out for.

Murray’s run to an appointment with Berdych—or Wawrinka—is rather less daunting, holding seeds who have struggled to hold their form and ranking this season. Juan Monaco is seeded 28, Nicolas Almagro 15, and Andreas Seppi at 20, and none has a great record in New York.

The spirited Ferrer enjoys his own quarter despite the resurgence of Nadal, and continues to impress by hard work, more all-court skills, and more aggressive play in pursuit of still more improvement. He has had good fortune in this section, too, for where he could have drawn Federer, Berdych or del Potro in his quarter, he has No8 Gasquet.

The Spaniard has lost to Gasquet only once, in 2008, and last beat him here in three close sets. Ferrer has also twice reached the semis in New York, taking a set from Djokovic last year.

Both men, though, have mixed fortunes in the intervening rounds. Amid a huge number of qualifiers—nine—and two wild cards are scattered young and dangerous players: Gulbis and then Janowicz for Ferrer, Raonic for Gasquet. The Frenchman also faces, in his first seed, Dmitry Tursunov, who has just put together good back-to-back runs in Washington and Cincinnati.

If this does not end in a quarter between Gasquet and Ferrer, it could be a big showdown between Raonic and Janowicz.

And so to the last section which, like the other three, sets up a finely balanced quarter-final: Nadal against Federer for a 32nd time, but for the first time in New York and in their earliest meeting in a Major.

And despite Federer winning five straight titles here, 2004-8, Nadal is arguably the favourite based on his 2013 form and on his hard-court form—and that is aside from a head-to-head advantage of 21-10.

For in winning Indian Wells and Cincinnati this year, he beat Federer in the quarters. So Nadal is lined up to achieve another remarkable milestone in New York should he win the title: the first to complete the Canada-Cincinnati-US treble since Roddick in 2003.

It is not plain sailing, especially for Nadal, to reach that box-office face-off. In the second round, the Spaniard could have rising Canadian star Vasek Pospisil, who made such an impression in his run to the semis in Montreal a fortnight ago, and then Nikolay Davydenko, Ivan Dodig or Fernando Verdasco in the third round. The fourth could be a re-match of last week’s Cincinnati final against the in-form John Isner, though the American has a tricky second round against Gael Monfils.

Federer’s first seed should be No26 Sam Querrey, and his next, in the fourth round, is likely to be a stern test against No11, Kei Nishikori, who beat Federer in Madrid this year. Alternatives are Robredo and Bernard Tomic.

But what of Federer vs Nadal? If Nadal wins, it could signal a charge to the title. For Federer, a win could signal a reversal of fortune—and their tight Cincinnati match suggests his form has recovered from his back troubles—and victory in one of his favourite events against his toughest rival would do wonders for his confidence.

US Open 2013: Maria Sharapova pulls out with shoulder injury

US Open: Who can break the Serena Williams-Victoria Azarenka duopoly?