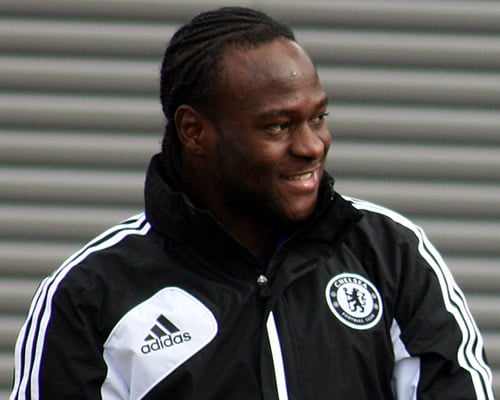 Victor Moses insists Chelsea are not thinking about Sunday’s FA Cup showdown with Manchester City ahead of their Europa League quarter-final decider against Rubin Kazan.

The Blues head into the last-eight tie with an advantage after securing a 3-1 win over the Russian outfit at Stamford Bridge last week.

Rafael Benitez’s men could be forgiven for having one eye on the weekend’s FA Cup semi-final against the defending Premier League champions at Wembley.

But Moses is adamant that he and his team-mates are purely focused on the task at hand after their 2,000-mile journey to Russia.

“I’m a new player and want to do the best I can, work hard week in, week out and try to play as many games as I can,” said Moses, who has scored seven goals in 34 appearances for the Blues after swapping Wigan for Stamford Bridge last summer.

“We’re focused on the game, it’s a massive one for us, we want to put the City game to the back of our minds as it’s not until Sunday.

“Rubin Kazan are a great team but we’ll be doing our best to get into the semi-finals.”

He added: “We’re here to try to win the game tomorrow night, they have good strikers and they will be in our faces from the start of the game,’ said Moses.

“We just need to get our noses in front and try to win the game. It won’t be an easy task but we’re looking forward to it and if we can score an early goal that will be great for us.”

• Chelsea have won all five of their games against Russian sides (W3 D0 L0 at home – W2 D0 L0 away), conceding just twice in the process.

• This will be Rubin’s fourth game against an English club, with all three previous encounters coming in the last two seasons.

• Chelsea have played fewer Uefa Cup/Europa League games than any other side left in the competition – just 13.