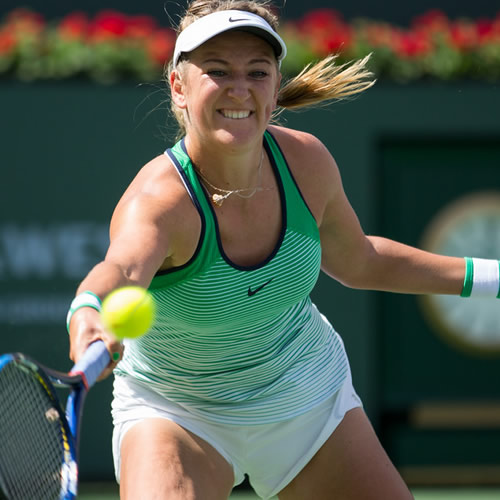 Victoria Azarenka is set to miss the US Open Photo: Marianne Bevis

Former world No1 and two-time Major champion, Victoria Azarenka, has released a personal statement that leaves a question-mark over when she will be able to resume her tennis career.

Azarenka pulled out of the 2016 season following the French Open after announcing that she was expecting her first child, and gave birth in December to son Leo.

And after initially planning to return to the tour for the North American hard-court season this summer, she brought forward her return to the grass swing.

The 28-year-old won her first match in Mallorca, and then at Wimbledon, made an impressive start to reach the fourth round, where she lost to world No2, Simona Halep.

She described it as “not really a comeback for me, it’s more starting a second part of my career.”

Unfortunately, that second phase has now gone on hold over what appears to be a custody dispute with her son’s father. She said:

“My incredible fans and friends, who have supported me throughout my career deserve to know why I may not be able to compete at the US Open this year.

“The day my son Leo was born, back in December of last year, was by far the happiest day of my life. I now have a brand new appreciation for how new mothers—and fathers—juggle the many different responsibilities for their families. However, like most working mothers, despite my unconditional love for my son, I am faced with a difficult situation which may not allow me to return to work right away.

“Shortly after Wimbledon, Leo’s father and I separated, and as we work to resolve some of the legal processes, the way things stand now is that the only way I can play in the US Open this year is if I leave Leo behind in California, which I’m not willing to do.”

Azarenka went on to address, in emotional terms, the difficulties faced by all parents in combining parenthood and a career.

“Balancing child care and a career is not easy for any parent, but it is a challenge I am willing to face and embrace. I want to support men and women everywhere who know it is OK to be a working mother—or father. No one should ever have to decide between a child and their career, we are strong enough to do both.

“I am incredibly grateful for all of the support I have received from women and men around the world who recognise the importance of supporting working moms and our right to be with our children. I look forward to hopefully having positive developments soon so that this difficult situation can be resolved and I can get back to competing.”

She repeated:
“No parent should have to decide between their child or their career,” before concluding:

“I remain optimistic that in the coming days, Leo’s father and I can put aside any differences and take steps in the right direction to more effectively work as a team and agree on an arrangement for all three of us to travel and for me to compete but, more importantly, to ensure that Leo has a consistent presence from both of his parents.”

The US Open, which begins on 28 August, has produced some fine performances from Azarenka. In 2012 and 2013, she finished runner-up to Serena Williams, with both matches going to three sets. She went on to reach the quarters in the next two years.

Williams, a six-time champion in New York, will miss this year’s US Open as she expects her own first child this autumn.