After setting a new world record in February, Victoria Pendleton and Jess Varnish could only finish fourth in Melbourne 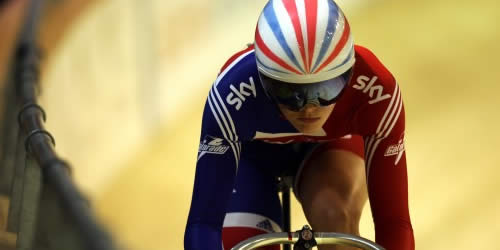 Victoria Pendleton and Jess Varnish’s London 2012 medal credentials took a big blow at the World Championships after finishing fourth in the team sprint.

The GB duo arrived in Melbourne as the talk of the town having set a new world record on the way to winning gold at the London World Cup in February.

However, the expected battle between GB and hosts Australia – and Pendleton and long-time rival Anna Meares – did not materialise on the Hisense track.

The German squad clearly hadn’t read the script, setting a new world record in both qualifying and the gold-medal race to take the title.

Australia, and Meares, were forced to settle for second while, more worryingly with London 2012 looming large Pendleton and co. missed out on a spot on the podium by losing out on bronze to China.

Varnish – so impressive in London – failed to back up that display on Aussie soil meaning Pendleton was 0.371 of a second down when she took over.

Despite making up some ground Pendleton – the individual sprint champion from the Beijing Olympics – was unable to put herself on the podium.

And there was more bad news in the men’s team sprint with the GB trio, despite qualifying for the bronze-medal race, being later disqualified and will now not be in the hunt for a medal.