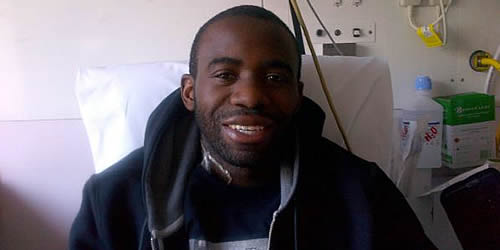 Stiliyan Petrov has retired from football as the Aston Villa captain continues his fight against acute leukaemia.

The 33-year-old Bulgarian international has not featured for Villa since March 2012 after developing a fever following a 3-0 loss to Arsenal, which was later diagnosed as leukaemia.

Here is the best of the Twitter reaction from Petrov’s fellow professionals to the news that the midfielder, who is now in remission, has cut his career short due to the illness.

Manchester City captain Vincent Kompany (‏@VincentKompany) hails Petrov as a great skipper: “I wish Stiliyan Petrov all the best for this new chapter in his life. It’s sad to see a great captain and a great man retiring in his prime.”

Former Sunderland midfielder Michael Gray ‏(@mickygray33) is sad to see a close friend retire: “Stiliyan Petrov… A friend, an ex team-mate and a true professional. Enjoy your retirement my friend and keep fighting #19”

Villa legend Ian Taylor ‏(@IanTaylor7) heaps praise on Petrov for his contribution to the club: “Stiliyan has been a fantastic servant and role model for #AVFC. The 19th minute is going to be amazing and emotional. Good luck #Petrov”

Former Villa striker Stan Collymore ‏(@StanCollymore) says everyone is supporting Petrov in his fight: “To our captain, Stiliyan Petrov, you’re a credit to our great club, and to your family. Fight the good fight,we are all behind you. #utv #avfc”

Fabrice Muamba ‏(@fmuamba) is well-placed to understand Petrov’s situation: “Petrov a gentleman on and off the pitch. I speak from experience when I say things can only get better from here. God bless you and your family.”

Former Ipswich Town midfielder Matt Holland ‏(@mattholland8) hopes Petrov has a good retirement: “What a classy heart-warming statement from Stan Petrov. Good luck in your retirement and best wishes for the future.”

Stoke City midfielder Charlie Adam ‏(@Charlie26Adam) hails Petrov as one of football’s good guys: “It’s a sad day in football today as one of the real top guys in the game has retired. Sadly will be missed. #stanpetrov”

Man United’s Hernández: It was a ‘blessing’ to play under Ferguson