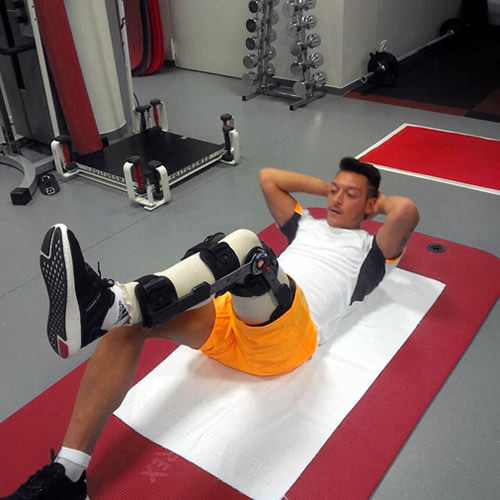 Arsene Wenger has confirmed that Mesut Ozil is set to return to action for Arsenal in the next couple of weeks.

The Germany international has been out of action since early October with a knee injury but is on course to return early in the New Year.

Wenger was asked whether Lukas Podolski could be on his way out of Arsenal during the January transfer window after his side’s 2-1 win at West Ham on Sunday.

And Wenger replied: “At the moment nobody goes out. We have Ozil coming back now at the beginning of January, so of course there is a lot of competition up front.”

Wenger also explained his decision to leave Tomas Rosicky out at Upton Park this weekend.

“I just gave him a complete recovery today,” Wenger said of Rosicky.

“When I took him off with 10 minutes to go against QPR he had cramps in the calves and in the hamstrings, so I didn’t want to take a gamble.”