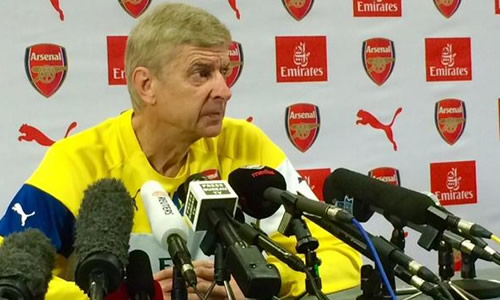 Arsenal will be without Nacho Monreal for Saturday’s trip to Stoke City due to injury, Arsene Wenger has confirmed.

The defender is set to miss out despite playing the full 90 minutes as Arsenal beat Southampton 1-0 on Wednesday night.

Fellow defender Kieran Gibbs is likely to be available again after missing the midweek game, while centre-half Laurent Koscielny is set to have a late fitness test.

“Nacho Monreal is out for tomorrow’s game,” said Wenger. “Hopefully Kieran Gibbs will be back. Koscielny must be assessed.

“We might lose [Tomas] Rosicky, [Yaya] Sanogo. Wojciech Szczesny should be in full training today – I don’t know if he’ll be available.

“Mathieu Debuchy is back in training [but the game] is too early for him.”

Wenger also confirmed that Theo Walcott remains sidelined with a groin problem. “He has an injection today so he will not play. Galatasaray [next week] is also too early,” Wenger added.

Newcastle 2 Chelsea 1: We lost the way I like to lose, says Jose Mourinho