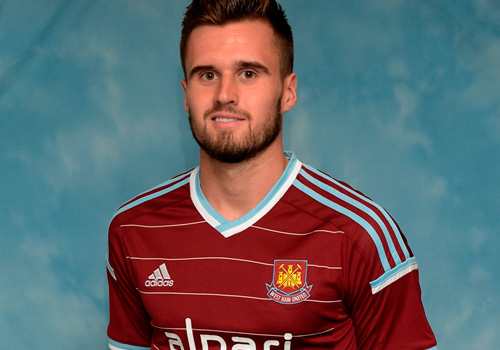 Carl Jenkinson is ignoring Arsenal’s injury crisis as the defender looks to force his way into the West Ham United side.

The England Under-21 international was given permission to join the east London outfit on a season-long loan from the Gunners.

Jenkinson made a substitute appearance in the Hammers’s impressive 3-1 victory over Liverpool at Upton Park on Saturday.

Arsene Wenger has four first-team defenders available after the Arsenal manager confirmed Mathieu Debuchy will be sidelined for four months.

But Jenkinson is refusing to think about his parent club’s current injury plight, insisting Wenger made the decision to send the right-back on loan.

“At the end of the day I can’t think too much about Arsenal, I have a job to do here,” Jenkinson told London24.

“It has been a frustrating start but I am feeling fit and strong.

“I know Arsenal have a bit of an injury crisis over there at the moment but it was the boss’s decision to allow me to go on loan.

“I think in the long term it will be the best thing for me and the club for sure.”