West Ham to move into Olympic Stadium from 2016-17 season

West Ham United have been confirmed as the main tenants of the Olympic Stadium and hope to move into the ground in time for the 2016-17 season.

The £429m stadium will be transformed into 54,000-seater arena after plans that include a new roof and retractable seating were unveiled.

West Ham’s vice chair Karren Brady said she was “delighted” by Friday’s announcement following a controversial and long-drawn-out saga over the future of the stadium.

“It was important to me that we struck a deal that would stand the test of time that represented the right deal for West Ham United and our loyal and patient supporters,” she said.

“The consultation we have promised them will now begin and we can’t wait to work with them to create a stunning new home that befits the pride, passion and tradition that the world associates with West Ham United.” 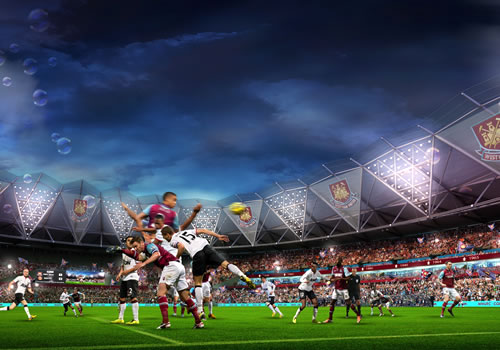 “Through this deal with West Ham United, we are defying the gloomsters who predicted this landmark would become a dusty relic.”

Mayor of Newham Sir Robin Wales said that the council’s investment of £40m into the project will help transform the stadium into a “world class attraction”.

“We’re delighted that West Ham United has been chosen by the London Legacy Development Corporation to become the main occupant of the stadium,” he said. “It is a community club which shares our vision for Newham and the local area.”

West Ham were named as preferred bidder back in December after proposals from University College of Football and Business, Leyton Orient and Intelligent Transport Solutions, who brought forward a proposition to hold a Formula 1 race around Queen Elizabeth Olympic Park.

Leyton Orient chairman Barry Hearn is seeking a judicial review into the bidding process, claiming that the League One outfit were not given the chance to discuss the possibility of a groundshare with the Hammers.