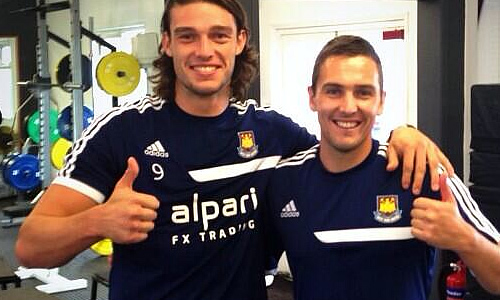 The England international suffered the latest injury blow of his West Ham career on Thursday after being sidelined for four months due to an ankle ligament problem.

Carroll has made just 16 appearances in all competitions since the 25-year-old sealed a permanent £16m move to Upton Park from Liverpool in 2013.

West Ham have already snapped up highly-rated Mauro Zarate and Enner Valencia but Hammers co-owner Sullivan admitted the east London side will need another striker.

“We have to bring in another striker and we’re working on it now to buy one, or loan one, or both,” Sullivan told talkSPORT.

“You can never have enough strikers and really with Andy gone we haven’t got enough.”

On Carroll’s injury woes, Sullivan added: “”It was desperate last year… We probably made a mistake by putting all our eggs in one basket.

“Had we known what we know now we wouldn’t have signed the player. But it’s easy to be wise after the event. We were assured by our physio – who has since left the club – that the player would be available for the start of the season.”