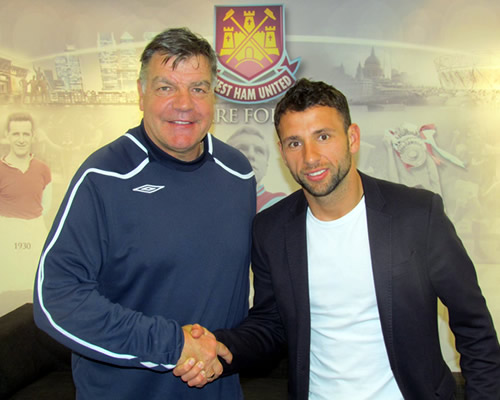 The Romania international will pen a one-year deal with the east London club on 1 July, with an option to extend the left-back’s contract by a further two or three years.

The 31-year-old has won seven Ukrainian Premier League titles, four Ukrainian Cups and the Uefa Cup in 2009 during a 10-year spell at Shakhtar.

And Allardyce admitted he is thrilled to sign a player of Rat’s experience and quality as the Hammers boss looks to strengthen his squad.

“I’m hugely happy that we’ve got a player of his experience and his character,” the West Ham boss told the club’s website.

“He’s been playing Champions League football this year and at the highest level for many years. Shakhtar had offered him a very good contract, but his ambition was to come and try his abilities and skills in England.

“When you hear somebody speak so positively about that, then you know they’ve got the mental character that’s needed to do well in this division.

“We certainly know he’s got the ability and he’s at an age where he’s still capable of producing at 31.

“He speaks perfect English, which he taught himself, and that shows the discipline and the character of the man.

“Discipline, character and ability are the three big things in the Premier League, and with a little bit of adjusting, we’ll see him early on in the season giving hopefully his best performances for West Ham.”